After the high profile relationship (and breakup) with WWE Superstar Nikki Bella, John Cena has finally moved on. The new girl in his life is Shay Shariatzadeh. Here’s everything you need to know about her including whether the couple got engaged or not.

Who is John Cena’s New Girlfriend?

Shay Shariatzadeh does not have a wrestling background. She is an Electrical and Electronics Engineer from the University of British Columbia.

Shay currently works as a product manager for Avigilon. It is a Motor Solutions Company in Vancouver, Canada.

How Did John Cena and His Girlfriend Meet?

Now that we know about Cena and his new love, the next question that pops to mind is how did the two meet? Because not everyday an engineer falls in love with a professional wrestler.

According to life and style magazine, John and Shay first met in Vancouver. The actor was filming Playing With Fire between February and March last year. 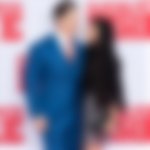 Throughout March and April, Cena was out with “mystery girl” Shay. A few months later, the couple made their official appearance at a movie premiere in October 2019.

John Cena on his new partner

While discussing the relationship, the WWE legend said, “What’s truly special about this one is that, no matter what projects I’m involved in in the future, this one will always have a special meaning because I got to film a special project and meet someone special,” as Entertainment Tonight reports.

Is the couple engaged?

In February 2020, Shay was flaunting a huge ring on her finger. The couple later tied the knot on October 12, 2020 in a private ceremony. The news broke out after Cena and Shay were spotted walking out of the city council with their papers and celebrating the moment.

John’s Ex-Fiance Nikki Bella has moved on with dancer Artem Chigvintsev. The couple welcomed their first child together on August 31, 2020.

John and Nikki broke off their engagement in April 2018. John Cena is currently on a break from in-ring action to focus on other ventures. He recently appeared in a Mountain Dew commercial which featured on the half-rime show of NFL Super Bowl 2021.