Why is The Rock So Famous?

Dwayne ‘The Rock’ Johnson will probably go down as the most famous wrestler of all time. The man was a profound pro-wrestler, then became the highest-paid Hollywood actor, is producing movies, and is also capable of rapping.

Really, there is nothing that The Rock can’t do. However, nothing in life comes easy, and the former WWE Champion knew it very well. From struggling as a football player to getting booed out in his first-ever WWE match, Dwayne Johnson has faced his fair share of difficulties.

So, let’s take a deep dive into why The Rock is so famous? And how did he climb the ladder of success even when he had just seven bucks before he started out wrestling?

Who Is Dwayne Johnson?

If one asks who is Dwayne Johnson, the immediate picture that comes to mind is of ‘The Rock’ standing in the middle of the ring.

However, Dwayne Johnson is also a very successful Hollywood actor with his movies grossing billions in revenue, and his latest project, The Red Notice, shattered all the previous records of Netflix.

The Rock was born into a wrestling family. His maternal grandfather, “High Chief” Peter Maivia, emerged on the professional scene in the 1960s and ’70s. Johnson’s father, “Soulman” Rocky Johnson, worked the American regional wrestling circuit.

Even though wrestling should be the first choice for the former WWE champion, it was not. Instead, he wanted to become a star football player. 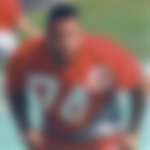 He played college football at the University of Miami and won a national championship in 1991. However, the young footballer had little luck as he went undrafted in the 1995 NFL Draft.

He signed with the Calgary Stampeders of the Canadian Football League but was cut from the team after two months into the season. Eventually, with no luck in football, The Rock turned to pro-wrestling and never looked back.

To think that The Rock became an instant classic upon his WWE arrival in 1996 would be totally wrong. In fact, for a good year, The Rock didn’t find his tuning inside the ring and with the WWE Universe.

Johnson debuted as Rocky Maivia at the Survivor Series PPV in ’96. However, his beaming babyface run in the company didn’t sit well with the WWE Universe as moving forward there were signs in the crowd which read “Die Rocky Die!!”.

After taking some time off, The Rock returned to WWE on August 12, 1997, where he joined Faarooq, D’Lo Brown, and Kama’s ‘Nation of Domination’.

This was the first time he turned heel and started referring to him as The Rock and while delivering promos he started to refer himself in the third person, and then there was no stopping him.

The WWE Universe fell in love with the witty promos and incredible in-ring performance of ‘The Rock.

The Rock has a very impressive WWE resume where he is a 10-time world champion; he is also a two-time Intercontinental Champion, a five-time Tag Team Champion, the 2000 Royal Rumble winner, and WWE’s sixth Triple Crown champion.

During his acting career, he became one of the highest-paid and most successful actors in Hollywood. The Rock has featured in several tv shows like That ’70s Show and Star Trek: Voyager.

However, his major Hollywood break came when he starred in The Mummy Returns in 2002. And since then, he has never looked back. Perhaps his biggest movie appearance was when he appeared in the Fast and Furious franchise alongside Vin Diesel.

His major upcoming project is with the DCEU, where he will be playing the mantle of Black Adam. This will be Rock’s first appearance in a superhero movie.

Throughout the years of struggle, Dwayne Johnson never gave up and has always been positive in his approach, something which every person should learn from the former champion.