WWE NXT 2.0 had a big announcement tonight as it announced the return of NXT TakeOver: WarGames. The development brand of WWE recently revolutionized its name from WWE NXT to WWE NXT 2.0, promising more excitement for the WWE universe.

The first match of the night saw Toxic Attraction take on Io Shirai, Kacy Catanzaro and Kayden Carter. The WWE NXT Women’s Champion and Carter started off proceedings for their respective teams. The match started off slowly, but gained pace and momentum as time passed.

Towards the end, while Carter climbed the top rope to hit a splash, Jacy Jayne distracted her. Even though Shirai and Catanzaro took out Rose and Jayne, Gigi Dolin took advantage of the distraction. Dolin knocked Carter off the top rope and hit her finisher to pick up the win for Toxic Attraction.

Kay Lee Ray took on Sarray in the next match of tonight’s episode of WWE NXT 2.0. Sarray dominated in the early stages of the matches. But the tables turned when Kay Lee Ray send Sarray crushing to the floor outside the ring after hitting her with a knee to the jaw. 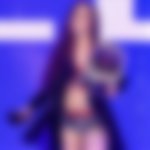 Kay Lee Ray followed it up with a KLR Bomb on the announcers’ table. She then dragged Sarray back in the ring before hitting her with another KLR Bomb for the pinfall.

Joe Gacy went up against Boa this time. The two superstars put up an impressive fight before the lights went off. Soon after that, Boa relentlessly attacked Gacy by grabbing and punishing Joe Gacy between the ropes.

Unfortunately for Boa, Joe Gacy picked up the win by disqualification as Boa did not break the hold after the referee’s five-count.

Cameron Grimes was up next. The WWE NXT superstar took on Ru Feng as he continued his streak. Grimes hit Ru Fend with a stomp off the top rope to pick up the victory in front of Duke Hudson.

Raquel Gonzalez asked Mandy Rose to keep the NXT Women’s Championship belt warm. Gonzalez declared she will deal with Dakota Kai first as she made her way in the ring. Soon Dakota came out and expressed how good she felt to attack Gonzalez at the Halloween Havoc event.

But to her surprise, Cora Jade came out and attacked Dakota. But Gonzalez immediately got in Jade’s face and claimed she will face Dakota Kai first.

This rivalry has been on the cards ever since Solo Sikoa made his debut at the Halloween Havoc event. Ultimately, tonight the three talented wrestlers got a chance to settle their differences in the ring.

Waller tried to pin Knight after hitting him with a stunner. But Sikoa saved the day and send him flying with a belly-to-belly splash. He then hit Knight with a massive splash off the top rope to pick up the win.

Lopez picked up an easy win after hitting Yan with a sit-out powerbomb. After the match, Lopez called out Xyon Quinn. Soon, Quinn walked out and got an immediate invitation to join Legado Del Fantasma.

Quinn refused the invitation and took out Wilde and Mendoza after they tried to attack him from behind.

Pete Dunne took on Carmelo Hayes in the main event of tonight’s episode of WWE NXT 2.0

The NXT North American Champion gave Dunne a really tough fight. The superstars matched each other with their moves. It was a really entertaining match. But Trick Williams tried to interfere by using his shoe to knock out Pete Dunne.

But it was Dexter Luis who blocked this effort from Williams and later hold on to Hayes’ foot to distract him. This allowed Dunne to hit Hayes with a Bitter End for the pinfall.