WWE is one of the oldest wrestling companies to exist, with an annual revenue of $974.2 million as of 2020. It is a very competitive place in and out. Sadly, its past glory and ratings couldn’t trickle down to the 21st century.

WWE wants to return to live shows before rivals AEW

As is common knowledge at this point, Covid has not only affected people’s lives but their livelihoods as well. Due to the lockdowns and rules imposed, WWE had to shift their entire roster to their performance center.

This meant that no live audience was allowed to watch the WWE Superstars wrestle. WWE had no immediate plans to resume in-house live shows as of yet. But they could return sooner than we think.

In the latest edition of the Wrestling Observer Newsletter, it was reported that WWE informed their Superstars of a possible resumption of live shows from the end of July.

It was also stated that WWE would prepone this decision if their arch-rivals, AEW, resume their live shows before them. Wrestling Observer Newsletter stated,

“As far as returning to the road, there were hints this week inside the company of June. Talent was told August, or perhaps late July. However it was noted that if AEW was to start in July, they will move that up because they will do everything they can to make sure AEW doesn’t do it first.” 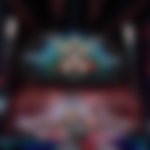 Fans back at the shows

WrestleMania 37 was the first time since the start of the pandemic where a live audience was allowed. It made this year’s ‘The Showcase Of The Immortals’ even more special.

Along with the fans, it was a special moment for the wrestlers as well. The cheers, the chants, the energy, the aura, everything collectively make the WWE superstars wrestle better and deliver a satisfying performance to their audience.

The arrival of a new wrestling promotion has made WWE really worried. AEW’s ratings are much higher than WWE’s NXT.

The new promotion quickly amassed a fan following as new and talented wrestlers joined the company along with well-known wrestling legends such as Chris Jericho, Big Show, Sting just to name a few.

What are your thoughts on fans coming back? Comment down below and let us know!