The upcoming episode of Monday Night RAW will feature huge matchups yet again. WWE is hosting a Champion Vs Champion match.

The match was announced on Friday Night SmackDown.

Who will WWE put on top?

The reason why the match was pitched has something to do with Asuka’s title challenger.

Earlier this week on NXT’s The Great American Bash, Asuka made a noteworthy appearance.

She would interfere in the matchup between Sasha Banks and Io Shirai. Due to this, Banks ended up losing the match and it looks like Bayley wants to avenge Asuka’s actions. 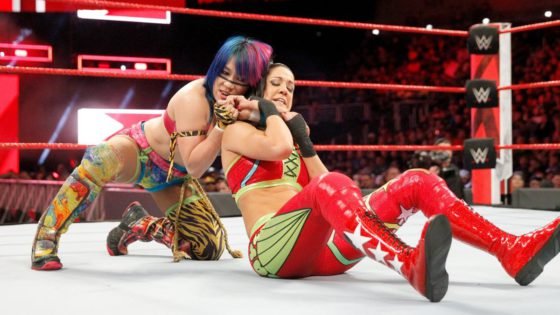 The match at RAW will be a non-title bout. The match is likely to end up with no winners, i.e, a DQ or Asuka could come on top.

The reason for such a speculation is the fact that Asuka hasn’t been booked strong.

Ever since becoming the Champion, she hasn’t had big wins under her name.

So, will WWE again make Asuka take the fall or will she end up with a big win? We’ll have to wait to find out.

The reign so far 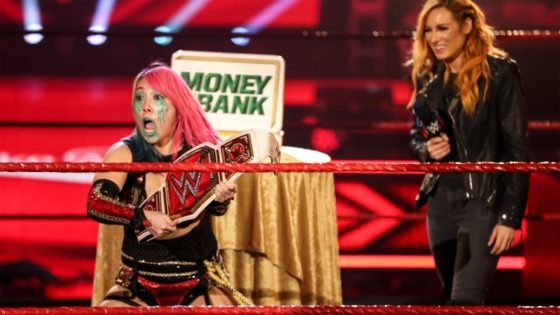 Asuka had won the Money in the Bank Ladder match and was set to challenge the Champion.

Becky Lynch, the former RAW Women’s Champion shocked Asuka by revealing that the ladder match was for the title itself.

Asuka defended her title on the Backlash PPV against Nia Jax.

The match ended on a double count-out, much to everyone’s surprise. Many were of the opinion that WWE Chairman Vince McMahon changed the actual ending of the match.

All said and done, will Asuka maintain her status as Champion after Extreme Rules?

Our guess is that she could.

WWE would not want her to lose the title so early. If the last PPV was anything to judge by, Extreme Rules could see a familiar fate for the RAW Women’s Champion.