Published 02/01/2021, 8:33 AM EST
The Universal Title match between Roman Reigns and Kevin Owens featured some interesting spots. Each spot was brilliant but absolutely brutal. One particular sequence reminded fans of another spot that was seen in AEW. At the backstage area, Roman Reigns ran over Kevin Owens with a golf cart. Matt Hardy did not take kindly to this ‘imitation.’ 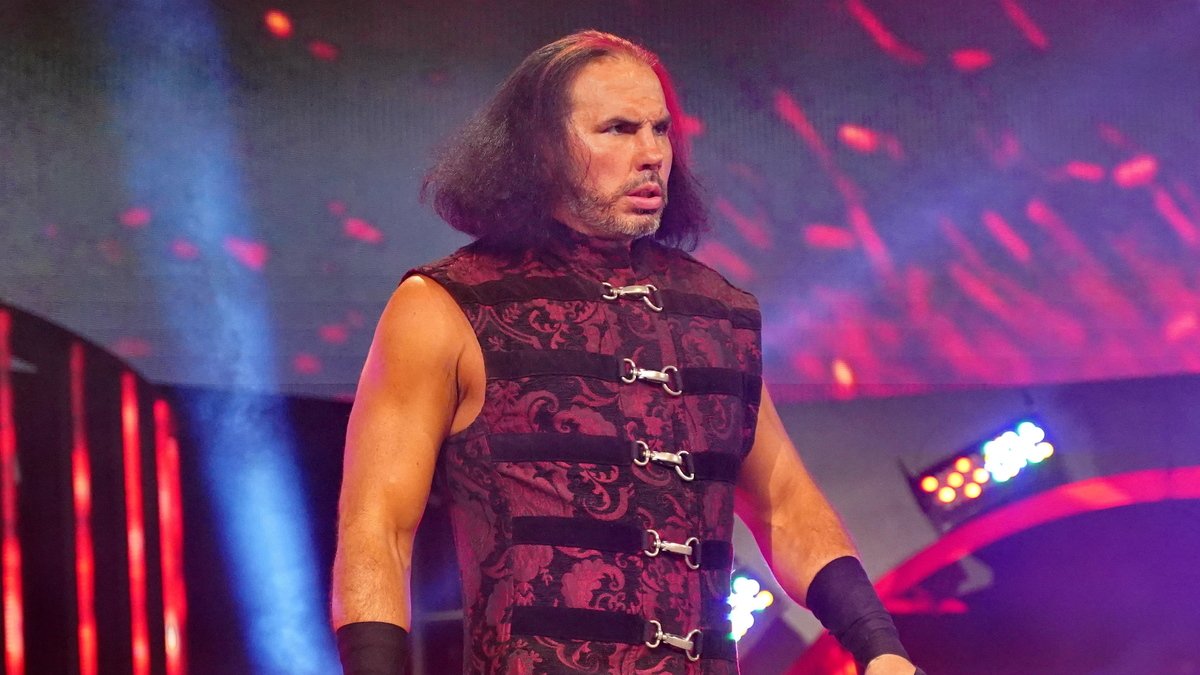 This spot reminded fans of a segment from AEW Dynamite, where Kenny Omega and Matt Hardy chased Sammy Guevara with a golf cart and eventually knocked him out of their way.
If executed improperly, the spot could have ended horribly. The same goes for Roman Reigns running over KO.
Owens went through the windshield of the golf cart, while Sammy simply bounced off it. We could attribute the weight difference between the superstars to this phenomenon as Owens has a near hundred pounds advantage over Sammy G.
AEW superstar Matt Hardy trolled the WWE by reposting the video of Sammy being run over by him and Kenny Omega on his Twitter. This was a clear shot taken by an AEW talent at the WWE roster and caused a discussion about which spot was better.

Which spot was the better one?

ROMAN REIGNS HAS RUN OVER KEVIN OWENS WITH A GOLF CART!

KO still gets up to make the 10 count! #RoyalRumble pic.twitter.com/fp377rLgIh

Sammy and Hardy’s road rage incident was a really cool moment. Rarely has wrestling involved vehicular damage in a live match, and AEW nailed it with this spot. It became the most incredible spot in AEW in 2020, and the victim wasn’t injured either.
However, Owens and Reigns’ spot might just edge AEW’s spot, because of the intensity of Reigns and Owens‘ rivalry. Reigns was not in the frame at all, and we could only see Owens stumbling about. Out of nowhere, Roman struck with the golf cart, shocking fans and Owens himself. AEW had a proper, Hollywood style car chase, which seemed good for a TV show but not a wrestling match.
The originator of the golf cart spot is neither Matt Hardy nor Roman Reigns. It is the Big Red Monster Kane. At WrestleMania 17, Kane chased down his Hardcore Championship opponents Big Show and Raven backstage with a golf cart. Referee Jimmy Korderas took the backseat as the future Mayor of Knoxville hunted his rivals.