The Seth Rollins and Rey Mysterio rivalry will take another huge turn going into this edition of Monday Night RAW. This rivalry is far from over after this announcement was made by WWE.

All this began after Rollins lost his WWE championship match against Drew McIntyre at Money in the Bank. The following night on RAW, Rollins and Murphy faced Mysterio and Black.

The architect assaulted Mysterio and injured his eye which kept him out of action for weeks. The Messiah claimed this to be a sacrifice for the greater good. 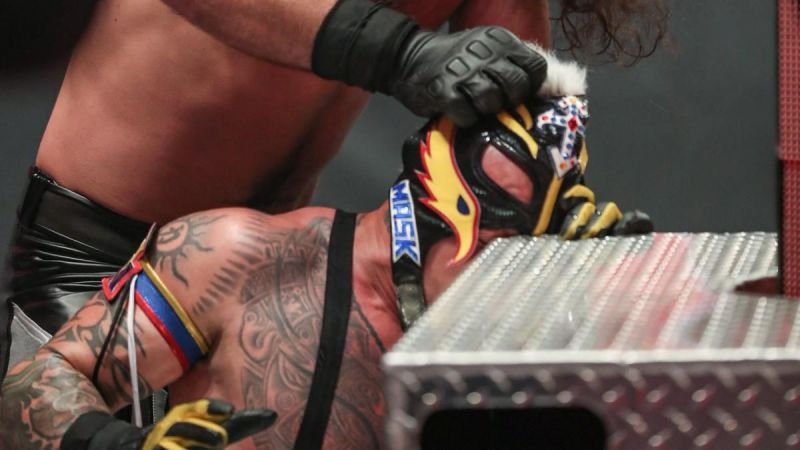 This injury sparked rumors of Rey Mysterio retiring. However, this ignited the feud between the two Superstars.

On the June 15 episode of Raw, Rollins invited Mysterio’s son, Dominik, to join his disciples while confronting Mysterio via Satellite. However, Dominik attacked Rollins from behind who was rumored to be at the show venue.

Mysterio returned to Raw for the first time after being injured by Rollins on the June 22 episode of Raw. Rollins confronted him with his disciples Murphy and Theory, who attacked Carillo and Black along with Dominik.

At the Horror Show at Extreme Rules, Rollins defeated Mysterio by shoving Mysterio’s right eye through the steel steps, extracting his eyeball in the process.

WWE confirms a major confrontation for this week’s RAW

WWE has confirmed that Rey Mysterio’s son Dominik will confront Seth Rollins on the next edition of Monday Night RAW.

It has been rumored for many years that Dominik wanted to get into Pro Wrestling. Mysterio always wanted to follow into his father’s footsteps and join WWE.

The WWE universe has already seen Dominik attack Seth Rollins and a double 619 on the Beast Brock Lesnar. This shows the son is already working hard to step in his father’s big shoes.

It would be a very different route if he debuts directly on the main roster. Dominik would skip the PC and NXT, very few or maybe no one has done that.

Do you feel Dominik can take the legacy forward that his father Rey Mysterio made? Let us know below in the comments.