Kevin Owens is a rising star in the WWE Universe. He is known for speaking his mind and has proven himself in the ring.

Many of you might not know but his last match before signing with WWE NXT was against Jerry Lawler during Northeast Wrestling: Wrestling Under the Stars 3. This was a piledriver vs piledriver match in which Lawler emerged as the victor.

Jerry Lawler brought up the piledriver move he used to put Kevin Owens down on Twitter. Additionally, Lawler acknowledged the journey that KO has undertaken since that match.

“So, I think tomorrow will be the anniversary of KO starting in NXT as he went the day after this match. He’s made an amazing climb to the top in a short time.”

So, I think tomorrow will be the anniversary of KO starting in NXT as he went the day after this match. He's made an amazing climb to the top in a short time. https://t.co/GcVGmL6LbN

Ever since signing with WWE, Owens has constantly been a ruthless yet determined Superstar. KO made his WWE debut with NXT during NXT Takeover: R Evolution against CJ Parker.

It was a couple of months down the line when he captured the WWE NXT Title. 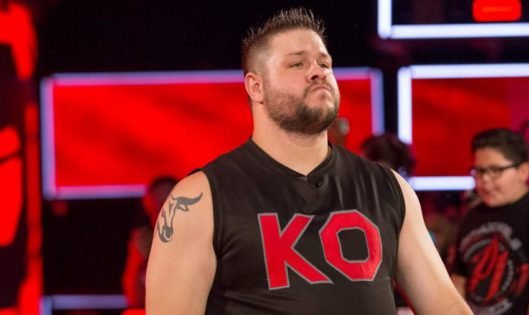 One of the highlights of KO’s WWE career is his first match after making it to the main roster. His first match was against John Cena, and Owens emerged victorious in that.

The second highlight of his career is when he was drafted for WWE RAW 2019. He immediately embarked upon a rivalry with Seth Rollins. On top of that, he got inside the ring with Rollins and took a leap from the top of the WrestleMania sign to defeat him.

Since then, Kevin Owens has made it a point to take jabs at the baddest and biggest Superstars within the company.

Furthermore, the WWE Superstar started capturing the admiration of fans from the initial days of his WWE career. One such time was when he defeated Shane McMahon in a Ladder match.

Wrestling personalities such as Dwayne “The Rock” Johnson and Steve “Stone Cold” Austin have often applauded Kevin Owens for the Superstar he is.