WWE Hall of Famer Sting tweeted something that has caught everyone’s attention.

Sting definitely has managed to create a sense of suspense and hope in the minds of the fans.

Sting and Undertaker are two of the greatest athletes of their times.

Both these icons gave fans legendary moments during the same era but for different companies.

The Deadman and The Franchise have had accomplishments that are too long to list in this one article.

From multiple titles to historic matches, they have done it all.

However, there is one common quality that these two men possessed. The Legendary duo was loyal to their companies.

Both of them were ready to go down with the ship if either company lost the Monday Night Wars. 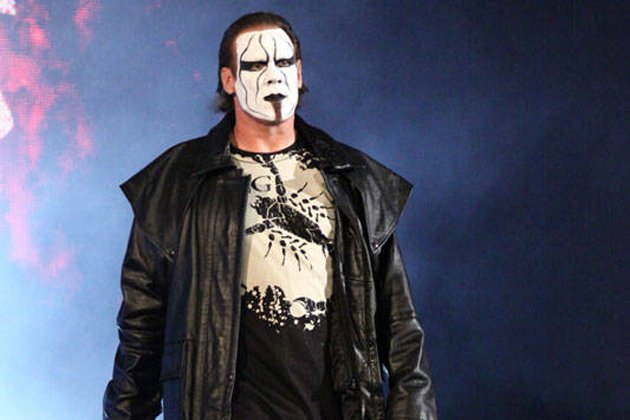 Sting and Undertaker were both mysterious characters. They struck fear into their opponents irrespective of how big or strong they were.

They both were built as no-nonsense characters.

If anyone would cross Sting, The vigilante would punish him. Likewise, if anyone tried to cross the deadman, his future was destined in hell.

Is Sting vs Undertaker on for Wrestlemania?

WWE has stood tall for over three decades. However, during these times, many promotions have come and gone.

Every promotion has had those few superstars that fans would have liked to see compete against WWE superstars.

AJ Styles vs Shawn Micheals, CM Punk vs Stone Cold and NWO vs Bullet Club are a few fantasy matches that are WrestleMania worthy.

However, if fans were forced to pick one for the grandest stage of them all, it would definitely be Sting vs The Undertaker.

In a WWE network show called Legends with JBL, Sting revealed that he is still hopeful for a match with the Phenom.

He further said that such a match is his “unfinished business” in wrestling.

Check out Sting’s tweet teasing a final match against The Undertaker.

Who wants to take a “last” ride with Sting? https://t.co/6JT1EC3mbx

Both the legends, the period at which they are in their career and life, are definitely not equipped to deliver a great professional wrestling contest.

Plus, to justify the decades long build of this match, it should definitely be after a year or two.

The probability of having a top-quality match is less. The chances of this match being like an Undertaker vs Goldberg at Saudi is higher.

However, it would definitely be a dream come true for the pro wrestling faithful.

With all said and done, The Franchise and The Lord of Darkness are a long way off their prime. But as the saying goes, it’s better late than never.