WWE Legend Edge Reflects on His 2021 with an Emotional Post

WWE Superstar Edge had an extremely good run with WWE in 2021. From the time he returned at Royal Rumble 2021 to his return on WWE Raw alongside The Miz, it’s been a pleasure watching him.

On the other hand, The Rated-R Superstar looked back on his 2021 journey, and got rather emotional when reliving each of the monumental moments. 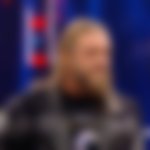 Starting at Royal Rumble, Christian and he had an overwhelming moment during the Royal Rumble Men’s Match when Christian returned and Edge didn’t know it was happening and won the match to earn a WrestleMania opportunity.

Next, he remembered his showdowns with Roman Reigns, matches with Reigns and Seth Rollins, and Daniel Bryan as well. He penned down an emotional note about the journey, and revealed he will continue pro-wrestling till his body can keep up.

The fans can rest assured knowing that the Rated-R Superstar is just getting started!

Beth Phoenix revealed where The Rated-R Superstar has been unsuccessful

Now, he may be doing extremely well in his professional life, his gaming life may not be moving along that great. His wife, Beth Phoenix, commented on his social media post, enquiring about his plans to cross level 25 on Dr. Mario.

It seems like that might take some more effort than it took to make a flawless WWE return!

Edge is preparing to kick off 2022 with The Miz

The Miz and his wife, Maryse, returned to WWE Raw on the same night as Edge. They started a feud immediately upon their return.

There was a time during the feud when Maryse almost turned against The Miz when he used her as a human shield to protect himself from The Rated-R Superstar.

But, in the next show she reunited with her husband to take down Edge. But, instead of having a physical brawl immediately, Miz challenged him for WWE Day 1. The Rated-R Superstar accepted, and now it’s official!