Also, on WWE Day 1, RK-Bro beat The Street Profits to retain the Raw Tag Team Championships. After that, however, they lost their titles to The Alpha Academy. Since then, the team has been trying to regain their title and reach the top again.

‘The Viper’ Randy Orton could not take Montez’s ‘From the heavens’!

As per inside sources, The Street Profits were always scheduled to win tonight’s match. However, not the way they did. By the end of the match, one-half of The Street Profits, Montez Ford, went for ‘From the Heavens’ and landed on ‘The Apex Predator’.

Unfortunately, this move from Montez Ford may have caused a possible injury to Randy Orton, as his hip hit Orton in the mouth and on his shoulders.

This is not how the end of the match was booked. Instead, the match’s finish was botched after Orton couldn’t get his leg on the bottom rope, which Angelo Dawkins had to push off. The fact that Orton didn’t raise his shoulder also led to serious questions. 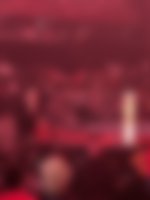 Not just that, Street Profits and RK-Bro were supposed to have a moment leading to an RKO to the Street Profits. But that didn’t happen, as Orton never made it to his feet.

What is next for ‘The Apex Predator’?

Randy Orton has had issues with his right shoulder in the past, but has always battled his way out to give his best inside the ring. However, when we look at today’s match between RK-Bro and The Street Profits, Orton seemed to be in immense pain.

RK-Bro is already getting a title shot in next week’s edition of WWE Raw in a triple threat tag team match against The Alpha Academy and Seth Rollins and Kevin Owens.

As WWE has not confirmed an injury for Randy Orton at the time of this writing, the triple threat match is still on. We hope that the injury isn’t serious as Orton getting injured just weeks before WrestleMania would be a tremendous blow for the WWE.