Diamond Dallas Page didn’t have the best of debuts in WWE. His initial storyline involving the Undertaker and his wife wasn’t critically acclaimed. He recently revealed the backstory about the same. 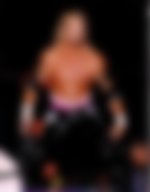 During a recent interview on “The Angle Podcast” DDP stated that he should have rejected Vince McMahon’s storyline idea about his WWE debut.

On the 18th of June 2001, WWE revealed DDP on RAW as The Undertaker’s ex-wife, Sara’s stalker. During that time period, the fans knew that Dallas was already married to Kimberly Page from WCW.

“In WCW, I fought for everything,” DDP said. “If I’d have been in WCW mindset and Vince said, ‘We want you to stalk Undertaker’s wife,’ I’d have looked at him, looked at her [his ex-wife, Kimberly], looked back at him, and said, ‘Vince, are you looking at my wife? I’m gonna stalk some other cat’s wife? And everybody knows she’s my wife?’” (H/t Sportskeeda for transcriptions)

Watch This Story – Kurt Angle, Ronda Rousey and More: WWE Superstars Who Competed in the Olympics

Dream Matches that never were….This was always my original pitch to Vince for WWE… People's Champ vs People's Champ💥
Which one you think would have actually worked?💎 pic.twitter.com/ff7utkKAa5

DDP has learned a lot from his time in WWE

During the interview, DDP also revealed what Vince McMahon taught him. He said that you can never be afraid to walk away from the table. Dallas had all the coins.

He could’ve got to do whatever he wanted to. But he just wouldn’t have done it. That would’ve been his skew today. “No, I’m not doing it. I’m not doing it until it’s perfectly laid out,” concluded Page.

I still look back fondly at my induction to the Hall of Fame, Jake's induction to the hall of fame, The Royal Rumble, The Very Best of WCW Nitro DVD, Legends of Wrestling, Raw 1,000, Old School Raw, Video Games, Action Figures. One door closing leads to another opening➡@DDPYoga

Keeping Page’s creative differences aside, he did go on to have a well-decorated career in WWE. His service to the company earned him a spot in the Hall of Fame.