The current WWE Heavyweight Champion Brock Lesnar has given a lot to the wrestling business. However, Vince McMahon’s company is the place where Brock Lesnar got one of the most precious gifts of his life, his wife. Lesnar is married to the former WWE Superstar Sable.

You won’t know who Sable is if you have not followed pro wrestling back in the late 1990s. Brock Lesnar’s wife, Sable, was one of the most famous divas during the WWE Attitude Era. She was also very well known for her work in the fashion industry.

The WWE legend in the late 90s featured in an American men’s lifestyle and entertainment magazine.

Former WWE Diva Sable was on the cover of Playboy magazine! 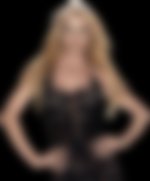 Consecutively, in September 1999, the former WWE Superstar again decorated her name by being on the cover of Playboy magazine.

This achievement marked history for the wife of Brock Lesnar. She was the first woman to be given two covers of Playboy in the same year. In March 2004, she appeared third time on the front page of Playboy. But this time, she shared her spotlight with the WWE Diva Torrie Wilson.

Sable’s April 1999 issue of Playboy was one of the highest-selling issues that year. Lesnar’s wife has also mentioned in one interview that she is proud of being on the front page of Playboy. Sable wanted to do this for herself and something different from what’s typically portrayed.

Sable and Brock Lesnar always support each other like pillars

Brock Lesnar and Sable married in 2006 and are happily living now in Maryfield, Saskatchewan. The couple together has two sons named Turk and Duke. Although, the former WWE Diva, after her exit from the company, has distanced herself from the spotlight and social media presence.

However, Sable has supported her husband, Brock Lesnar, in various MMA fights.

In addition, the WWE has announced a ‘Champion vs. Champion’ Winner Takes All Unification Match between the two headlining this year’s WrestleMania.

Watch This Story: Top WWE & AEW news of the Week