WWE Legend Thrashes Fans for Only Hyping Mickie James’ Royal Rumble Appearance: “Nobody Said Anything About Lita Coming Back”

WWE always promotes the Royal Rumble PPV as one of the biggest deals in all the pro-wrestling industry. However, this year, the PPV might be the most anticipated one in recent memory. Instead of surprising the audience at the PPV, the company revealed the contestants beforehand, and one surprising entrant is Mickie James.

The addition of five-time WWE Women’s champion Mickie James sparked a lot of talk amongst the wrestling world and in the minds of the common public.

This is because James is in IMPACT Wrestling, she is also the Impact’s Knockout Champion. However, WWE announced a bunch of popular women from the past like Kelly Kelly, The Bella Twins, and eventually, the legendary Lita.

WWE legend and wrestling historian Jim Cornette recently thrashed the WWE Universe for neglecting the addition of Lita and all the other legendary female wrestlers in the Royal Rumble PPV.

Did the addition of Mickie James overshadow the other Royal Rumble entrants?

James’ exit from WWE in 2021 was not a pretty one. The former champion took the internet by storm when she reported that she received her wrestling belongings in a trash bag after her release.

Speaking on the latest episode of his podcast, ‘Drive Thru‘, the WWE legend confessed that the addition of superstars like Lita is a far bigger deal than the addition of James.

“Everybody made a big deal out of Mickie James being involved in it… Nobody said anything about Lita coming back, one of the hottest female attractions in the last 20 years. But everybody was all over the Mickie James news because of a trash bag gate.”

However, Cornette jokingly dissed the Impact championship by comparing it to a minor felony in the US.

I know they say that she’s the ‘Impact Champion’. Well, my god, that and committing a minor felony will get you arrested in any city in the country.” said Cornette. 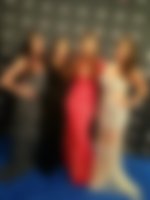 Well, WWE is doing everything in their power to make this year’s Rumble a hit. However, Cornette’s observation on this matter is noteworthy and puts up a valid observation.

There are a number of legends entering the Rumble. The PPV is already a hit, according to fans.