NXT is all set to present the 30th edition of its TakeOver series. The TakeOver has quickly become one of the most popular events in Wrestling.

When and How To Watch The Event

The event was initially scheduled to take place at the TD Garden in Boston, Massachusetts. However, due to the COVID-19 Pandemic, the venue shifted to the Full Sail University Campus in Winter Park, Florida – the longtime home of NXT.

The show will kick off at 7 PM ET with the preshow beginning at 6 PM ET on Saturday (August 22). The matches will be available to stream on WWE Network.

Major Matches To Look Forward To

This match was one of the earliest events to get booked. After winning the NXT championship, Keith Lee gave up the North American title to give others a chance to lead this ladder match. The biggest stars coming into the game are Gargano and Dream. Experts are bidding on Priest to win here.

This storyline is the most unexpected one with former NFL punter, preshow host, and radio personality McAfee pitted against NXT’s most successful champion – Adam Cole.

Although McAfee proclaims he is fitter than ever with his workout videos, it is highly unlikelyunlikely that he can defeat Cole unless the creative heads have some long term plans in mind.

After winning the title at TakeOver: In Your House, Shirai has only defended the title once. Kai will be an excellent opponent for Shirai. Still, even with the potential for outside interference, there’s little doubt on who has the title at the end of the night. Shirai will probably retain the title.

The champion will defend his title. However, the feud seems rushed, and it is highly unlikely that Lee will lose the title so soon. 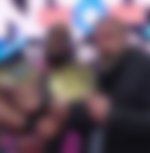 There is also a triple threat tag team match between Breezango (Fandango and Tyler Breeze) vs. Oney Lorcan and Danny Burch vs. Legado del Fantasma (Joaquin Wilde and Raul Mendoza) to determine the no. 1 contenders for the NXT Tag Team Championships.

Finn Balor will also be in action as he takes on Timothy Thatcher in a singles match.