WrestleMania 37 is almost here, but WWE Raw didn’t get us hyped for the big show. Apart from the main event, the episode featured filler and some horrible storytelling in one of Raw’s main rivalries. Keeping the complaints aside, let’s see who heads into WrestleMania with momentum on their side. 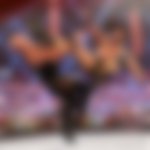 Lashley ran through Alexander and looks set to beat Drew at WrestleMania. Corbin could not take out McIntyre and ate a Claymore for his troubles, setting the path to WrestleMania completely clear for the #1 contender. 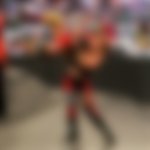 The #1 contender for the Raw Women’s Championship, Rhea Ripley teamed up with her WrestleMania opponent against Nia Jax and Shayna Baszler. Asuka and Ripley put on a strong fight, but a betrayal led to the champion getting pinned.

Despite the loss, Ripley heads into WrestleMania with the psychological advantage over Asuka. If there’s any way for the Empress of Tomorrow to win, she has to overcome the mind games and use her skill to put away her most fearsome challenger.

Riddle beats Ali, who brings back his old gear

On Raw, Riddle defeated Ali, who doesn’t have the support of Retribution anymore. He brought back his old gear from when he was a babyface on SmackDown, but it couldn’t help him get the win over Riddle.

If you thought a guitar shot to the back was too much, wait till you see what The Miz pulled off on Raw. The former WWE Champion defaced Bad Bunny’s $3.6 million Bugatti with red paint.

Pissed off with what transpired, Bad Bunny and Damian Priest challenged Miz and Morrison to a tag team match at WrestleMania, and they happily accepted the challenge.