Drew McIntyre turned a year older and got wishes from his fans across the globe, friends and colleagues included. However, WWE Champion Bobby Lashley sent a warning to the birthday boy instead of a wrapped present!

As the WWE Universe knows, Drew McIntyre and Bobby Lashley are supposed to sign the Hell in a Cell contract on Monday Night Raw. However, The Almighty has hinted towards a brawl instead of a peaceful signing.

He wanted McIntyre to remember how contract signings usually progress, and if history is evidence, there is an ugly brawl which leads to stipulations added, officials getting involved, and two heated Superstars ready to rip each other’s head off the body.

Eat all the birthday cake you can today while you’re able to, Drew.

Now, Lashley and McIntyre know how to conduct themselves. They’ve picked their battles wisely and haven’t done anything to create havoc.

However, this time, the WWE Champion has probably had enough.

What happens if Bobby Lashley and Drew McIntyre start a brawl during the signing?

Right off the bat, it won’t be a surprise. The Scottish Warrior has wanted the title back since he lost it at Elimination Chamber.

In fact, he didn’t even lose it to Lashley; he lost it to The Miz. It probably would have been easier for him to take it back from The Miz than Lashley. 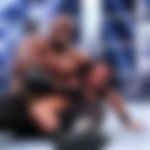 Therefore, it won’t be shocking if Lashley wants to get rid of McIntyre once and for all and has planned an ambush on McIntyre.

This could be a false alert just to keep McIntyre on his toes. In fact, McIntyre likes to be alert, knowing Lashley is watching his moves.

He had changed positions with the interviewer prior to his match against Lashley at WrestleMania 37 to avoid getting ambushed by Lashley.

On the other hand, if there is an ambush or a brawl, the worst that can happen is a stipulation getting added where Hell in a Cell will mark the end of the McIntyre-Lashley feud.

Regardless of what happens, there will be a title match between The Almighty and The Scottish Warrior at Hell in a Cell.

Who do you think should win at Hell in a Cell? Let us know in the comments below.

Watch This Story: Best Moments From The WWE ThunderDome