WWE has booked the current WWE Champion for a match against Bill Goldberg at Royal Rumble 2021. Tonight, the Superstars will come face to face.

The question is whether this meet will end with a verbal argument or turn into a full-fledged in-ring fight.

Bill Goldberg returned at Legends Night to challenge Drew McIntyre for the championship. Goldberg’s reason is that McIntyre doesn’t respect the legends, while McIntyre believes Goldberg needs a lesson in respect. Will tonight be the night McIntyre teaches him a lesson?

If Bliss can secure a win over Asuka tonight, she will become the new Women’s Champion.

This episode might be the one where Bliss completes the transformation to the darker side.

Matt Riddle vs. The Hurt Business in a Gauntlet Match

Matt Riddle wants a shot at the WWE United States Championship title. However, before he gets the chance to battle Bobby Lashley, he will need to fight the rest of The Hurt Business.

The booking seems biased towards the faction. However, Riddle might be able to squeeze in a tight win if he takes advantage of the faction’s inner frictions.

Recently, Charlotte Flair secured a win over Peyton Royce. Now, The Queen will face Shayna Baszler inside the ring with Nia Jax by Baszler’s side.

Given the history, there is a high possibility that Jax will interfere. Regardless of how the match proceeds, whoever wins walks away with a huge advantage prior to Royal Rumble 2021. 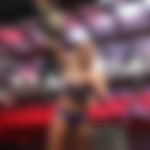 It doesn’t seem like tonight’s episode will have any surprise entrances or appearances. Randy Orton might make an appearance during Alexa Bliss’ segment. However, there are higher chances WWE will not shift focus from the WWE Raw Women’s Championship tonight.