WWE SmackDown is in full swing with WrestleMania on the horizon. The blue brand has now confirmed two main event matches for the biggest show of the year.

Both matches will feature the winners of the men’s and women’s Royal Rumble matches and the champions from SmackDown. Apart from that, we saw more development in certain storylines and angles that have fans very excited.

WWE Universal Champion Roman Reigns walked out to start the show. Reigns claimed SmackDown needed him, and his win over Daniel Bryan at the Elimination Chamber was the most exciting a**-whopping of the decade.

However, his night wasn’t perfect because of Edge’s Spear and WrestleMania challenge.

Reigns offered Edge the chance to back out so he could live a healthy life with his family, which was a completely contrasting attitude from pre-Elimination Chamber. He said that a man like Edge doesn’t stand a chance against a man like him.

Out walked Daniel Bryan, who challenged the Tribal Chief to a title match at Fastlane. Jey Uso stepped up to Bryan and then attacked him from behind when Bryan and Reigns went face-to-face.

Backstage, Adam Pearce informed Edge that if Bryan beats Jey Uso in the main event, it will be Bryan vs Reigns instead of Edge and Bryan vs Uso and Reigns at Fastlane. 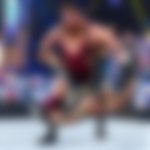 After turning heel on last week’s episode of SmackDown, Otis and Chad Gable picked up a big win.

The former Olympian and his protege/student beat Rey and Dominik Mysterio, putting them in contention for the SmackDown Tag Team Championships.

Prior to his match with the King of Strong Style, Apollo Crews dished about his own side of royalty. Crews talked about his Nigerian descent and how his great grandfather was a ruler of the richest lands in Nigeria. He spent his days draped in gold and at night with his five wives. His word was law, and his power was feared.

Crews draped himself in a cloth with the colors from the Nigerian flag on it. He claimed the colors stood for wealth, dominance and power, before putting on a powerful display against Shinsuke Nakamura.

A big win on a big night for Crews, who doesn’t seem to be done with Big E and pursuing the Intercontinental Championship.

Tamina beat Liv Morgan in a dominant display by the Samoan superstar. It’s a shame to see Liv Morgan lose constantly on SmackDown, given how talented and well-liked she is.

The decision has been made.@BiancaBelairWWE is challenging @SashaBanksWWE for the #SmackDown Women's Championship at @WrESTleMania! pic.twitter.com/pU405GhYXT

One week after WrestleMania received its main event, another incredible match got confirmed on SmackDown. Bianca Belair will challenge Sasha Banks for the SmackDown Women’s Championship, in what promises to be a match for the ages.

Belair stood in the ring with Sonya Deville and Adam Pearce, who want the Royal Rumble winner to choose her opponent. Reginald and Sasha Banks interrupted Belair as she spoke.

Banks claimed that she’s second best as long as the Boss is in WWE. Bianca disagreed with the champion and told her she’d take away the title from her at WrestleMania.

She pointed at the WrestleMania sign as pyro went off in the background.

Bianca’s husband Montez Ford and his partner Angelo Dawkins, the Street Profits, beat Sami Zayn and Baron Corbin, putting them in contention for the SmackDown Tag Titles along with Otis and Gable.

Cesaro gets a new rival in Seth Rollins

Seth Rollins walked to the ring and tooted his own horn. The Messiah was elated that his complaint letter started trending on social media. Out walked Cesaro, and Rollins quickly claimed he had some things to discuss with him.

Rollins told Cesaro they go way back, and they actually do, back in Ring of Honor. However, Rollins became tremendously successful while Cesaro struggled but could not break the glass ceiling. He called Cesaro a star and offered to teach him to gain a killer instinct which is missing from him.

Instead of politely declining Rollins, Cesaro swung him like a rag-doll. He then delivered a nasty uppercut to the Messiah for good measure.

WWE SmackDown ends in a no contest

Bryan vs Uso was the hyped-up main event of the night. If Bryan won, he’d face Roman Reigns at Fastlane. Jey Uso was set on destroying Bryan’s hopes for another title run and WrestleMania main event.

Uso relentlessly targeted Bryan’s leg, slamming it against the announcer’s table and locking in a half Boston Crab. Bryan tried to put away Uso the same way he put away Sami Zayn, with an underhook superplex and the Yes Lock.

Unfortunately, Uso pulled Bryan out of the ring and threw him knee-first into the steel steps. Both men got counted out as the match ended disappointingly. Out walked Roman Reigns to deliver an ultimate message to Bryan and his WrestleMania opponent, Edge.