Raw Women’s Champion Asuka stands the risk of missing WrestleMania 37. The unfortunate situation arises out of a concussion suffered during a match with Shayna Baszler. Along with the concussion, Asuka also suffered some dental damage. 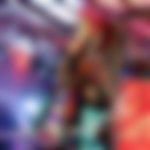 On Raw, Shayna Baszler faced Asuka in a big match to determine the future of the Raw Women’s Championship picture. The Raw Women’s division is seriously lacking a ton of talent, and Asuka herself is a victim of a lack of creative direction.

During the match, Baszler kicked Asuka in the face, resulting in a concussion and a missing tooth. What could be worse than missing a tooth? Missing a title match at WrestleMania.

Asuka hasn’t defended the title since November when she knocked off Lana with ease. Not defending the title for four months did a ton of damage to Asuka and the title.

Asuka suffered a concussion as a result of the kick from Shayna Baszler that also cost her a tooth, per Dave Meltzer.

Man, I really hope she doesn't miss WrestleMania. WWE hasn't done enough to make her reign important as is, then to not be on 'Mania would be so sad.

According to the news reported by Dave Meltzer, Asuka might miss WrestleMania 37, which would’ve been the perfect place to return the Raw Women’s Championship to relevancy. Unfortunately, her title reign might meet a disappointing end if she’s forced to relinquish the championship.

Similar to Becky Lynch’s concussion, which cost her a Survivor Series match with Ronda Rousey, Asuka will also have to wait awhile before returning to the ring. WWE takes their concussion policy seriously, and we might not see the Empress of Tomorrow on television soon.

How will WWE crown a new champion?

If the current champion is out of the title picture, WWE has the grand opportunity to crown a new and deserving champion at WrestleMania. Fortunately, there are a ton of potential title winners who can have a much better reign than the Empress of Tomorrow.

Charlotte Flair has already declared herself as a potential challenger on Raw, using her experience as a valid reason to head to WrestleMania. During her tag team title match, Flair mistakenly booted Asuka in the head, leading to a successful defense for the champions Nia Jax and Shayna Baszler.

Peyton Royce set the internet community on fire with a daring promo on Raw Talk. She claimed her potential scares her, and she needs an opportunity to showcase her immense potential to the world. “Give me Asuka,” claimed Royce, and it will be an amazing decision by WWE to put the belt on an underrated, underdog talent like her.