The Marines have served the USA for 246 years. Every year, the country honours the men and women on the day on November 10th. One such woman who showed her respect to The Marines is Lacey Evans.

She took to social media to post multiple photographs from her time with The Marines. It showed her with other soldiers, training sessions, and others. 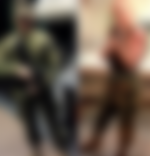 Undoubtedly, this was truly a special time in her life. And, choosing November 10th to show her fans a glimpse of that life was the perfect way to honor that phase of her life.

Lacey Evans may not return to WWE

It’s been a while since Evans was in WWE. She took a break from the company when she was pregnant.

She recently gave birth to her daughter in a home-birth. Evans opted for the same because she wanted her husband and her older daughter to be a part of the birth.

Since then, she’s taken to social media to post about her life as a mother to a new-born for the second time. Not only has she been transparent about the life of a mother, but she’s encouraging new mothers to not shy away from the changes their bodies are going through.

She’s even posted about what her daily schedule looks like!

Now, while she’s been talking about her daily life, she hasn’t indicated what her professional future holds. Ideally, she should come back, but will she?

When Evans left, her storyline was with Charlotte Flair and Ric Flair, where she and Ric Flair were having an affair of sorts. This humiliated The Queen, and she asked The Nature Boy to leave.

Keeping that aside, she probably would have dethroned Asuka for the WWE Raw Women’s Championship. But, she left because of her pregnancy and WWE moved on with the storylines.

There’s a minimal chance of her returning to the company, but a return is possible if Lacey Evans and WWE can work something out. Otherwise, she’s contributed immensely to the company and the women’s division.

Hopefully, the WWE Universe will know more about her future plans as the days go by.