The WWE Universe was treated to some good news on Friday. Retribution member Reckoning aka Mia Yim announced her engagement with Former NXT Champion and current contender for United States Championship, Keith Lee.

The couple was dating for a couple of years before the engagement. Notably, Yim and Lee both came into the WWE Performance Center in 2018. Prior to WWE, Yim had a brief stint on Impact, and Lee wrestled in various independent promotions.

On NXT, as noted on the WWE website, the company acknowledged their relationship as they teamed up against Johnny Gargano and Candice LeRae last June, in a losing effort.

Lee, later on, became the first man to hold both the NXT and NXT North American Championship. Yim and Lee both moved to the main roster following SummerSlam 2020.

On Thursday afternoon, Yim announced the news on her Twitter account. She wrote, “I said yes. Mr. & Mrs. Lee
@RealKeithLee.”

Yim, as a part of Retribution, wreaked havoc, and Lee challenged top-tier heavyweights like Drew McIntyre and Randy Orton. At the upcoming Elimination Chamber, Lee, alongside Riddle, will challenge Bobby Lashley in a triple-threat championship match.

As good wishes poured in, Yim acknowledged all the well-wishers. She sent out a thank you tweet as well.

Can’t respond to everyone so to all, Thank you so much!!! 💙 I love love. #Yimitless

Following SummerSlam, Retribution members revealed themselves. Many fans said that Yim was called up to the main roster only because of Lee.

However, Yim quickly snubbed off the rumors as she said, “Focus on surfing and less on rumors. I got to where I am because I busted my a** for over a decade.”

Focus on surfing and less on rumors. I got to where I am because I busted my ass for over a decade. https://t.co/GEcXodXYxu

Despite this, WWE usually does not split up couples. The company also incorporates real-life romances onto the screen.

Before Keith Lee and Yim, John Cena and Nikki Bella, Daniel Bryan and Brie Bella, Miz and Maryse, and the OG Triple H and Stephanie McMahon functioned as a real-life and reel life couple. 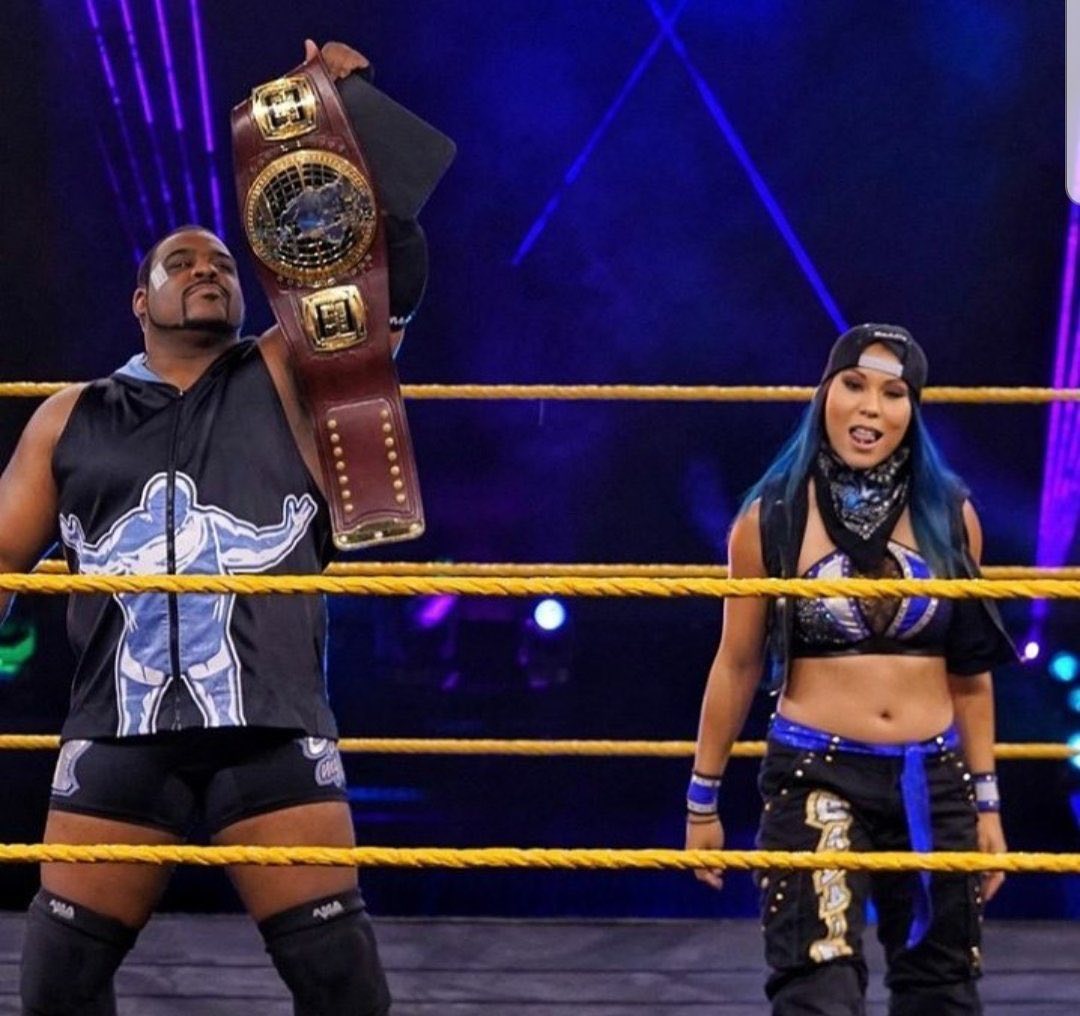 Apart from them, Seth Rollins and Becky Lynch were briefly paired up on the screen. Andrade and Charlotte Flair are also engaged in real life, but they are yet to introduce their relationship in front of the WWE Universe.

We send our good wishes to the newly engaged couple, and we hope to see more of them on-screen.