Eva Marie arrived on WWE Raw with WWE NXT UK Superstar Piper Niven, and the WWE Universe didn’t quite understand what was happening considering it was supposed to be Eva vs. Naomi. However, Niven wrestled Naomi, defeated her, and Eva Marie announced herself as the winner.

Now, instead of supporting Niven’s valour right after arriving on WWE Raw, the WWE Universe body shamed her. Keeping the unity alive, several Superstars came forward to support Piper Niven and call out the Universe for stooping down to body shame her.

Superstars such as Mia Yim, NXT UK Superstar Bronson Reed, Charlotte Flair, and others have called out the fans for their body shaming aimed at Piper Niven.

The body shaming is disgusting. Y’all bold behind the screens. It costs nothing to be kind.

This happens to me every time I'm on screen, don't worry about the haters … they can stay hating, we keep shining. https://t.co/quJIhERO0n

Bet they can’t be a champion in the WWE and be able to put a dude through a wall. You’re the man.

Piper Niven will probably get a new name and persona

The NXT UK Superstar was supposed to debut with a new name and persona. Unfortunately, the company could not finish the planning process in time to present her on Raw as a new character. 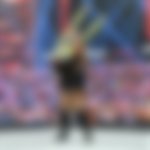 In fact, it almost happened that the company did not put her debut alongside Eva Marie’s return on the card. WWE reinstated the plan at the last minute. Considering there was no confirmed name for Niven, the commentators did not mention her by name. It’s possible this was WWE’s way of igniting a possible mysterious situation around her debut.

However, some have reported that the company is considering a name which will be or revolve around “Doudrop.”

The pitched name for Piper Niven has been "Doudrop."

No idea if they'll use it

Will Eva Marie pair up with Niven for the long term?

Marie has already revealed that Piper Niven is her protege. Therefore, it’s possible the company will put them in a storyline for sometime. If the audience responds to it, WWE will continue to pair them.

It has been reported that a primary reason to pair them is to have someone who can wrestle on behalf of Eva Marie. Therefore, while Niven works inside the ring, Marie takes the credit, as she did after Niven defeated Naomi.

Now, with this angle, sooner or later Niven will turn on Eva Marie if she continues to use the NXT UK Superstar for her gains. When this happens, WWE could whip up a storyline between the two pro-wrestlers. It’ll be interesting considering Niven debuted with Marie.