WWE Raw pulled out all the stops to honor the legacy of Brodie Lee a.k.a. Luke Harper. Lee tragically passed away on Monday morning because of a lung related issue. Since the news has come to light, the industry has been mourning the tremendous loss.

Some Superstars who paid tribute to Lee during their Monday Night Raw segments were Drew McIntyre, Alexa Bliss, and Xavier Woods.

‘The Scottish Psychopath’ brought a smile on the audience’s face when he used Lee’s [Harper’s] catchphrase “yeah, yeah, yeah” during the kickoff show.

Additionally, Tom Philips used “It’s Monday, you know what that means” during his announcement.

Also Tom Phillips gives another tribute to Luke Harper “It’s Monday Night and you know what that means “#WWERaw pic.twitter.com/iDlmwErIXq

This phrase is a reference to a series of Lee’s tweets.

It's Monday. You know what that means.

It's Saturday. You know what that means.

It's Friday. You know what that means.

Next, Alexa Bliss used “yeah, yeah, yeah” during her segment with Randy Orton. It may not have been apparent to everyone, but Lee’s fans knew at that moment that this was her tribute to the fallen Superstar.

Xavier Woods entered the ring wearing a black band with the name “Brodie” etched on it. To add icing to his tribute, he delivered a discus lariat in the eight-man tag team match on WWE Raw.

The company paid a major tribute to Brodie Lee with a graphic in his honor. However, it mentioned Lee’s actual name – Jon Huber, and his WWE in-ring name, Luke Harper.

Nevertheless, it gave a heartwarming start to the night’s event.

Previously, other pro-wrestlers and Superstars shared their grievances and utter devastation via social media. Some of them were Chris Jericho, Cody Rhodes, Triple H, Kevin Owens, Sami Zayn, and several others.

It’s Saturday. You know what that means…
Backstage in Mexico in 2015. Brodie was annoyed that he didn’t have his own merch t-shirt, so one of the brothers got a bunch made in his honor. We all wore them in tribute to the dude, cause everybody loved him. Just a wonderful man! pic.twitter.com/6XXl8Kr6iW

One of my first “dark match” main-events after Smackdown TV in 2016. I was so pumped to get to be an honorary Wyatt Family member for the night and to get to team with those guys.

A fan tagged me in this picture after the show and I made sure to save it.

I’m really glad I did. pic.twitter.com/l4Hcrl2q3c

In utter disbelief hearing of the passing of Brodie Lee. I’m unable to process this. I can’t believe it.

Regardless of whether he was in AEW as Brodie Lee or WWE as Luke Harper, he made an impact. At WWE, he became well known for his time with the Wyatt family and as a Tag Team alongside Erick Rowan.

Even though the company did not use him as expected, he made a name for himself before quitting. 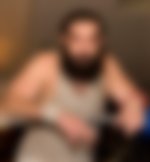 After coming to AEW, he adopted the moniker of ‘The Exalted One’ and became the leader of the villainous faction, The Dark Order. Post that, he got a shot at the TNT title and secured it as well.

It doesn’t matter whether his title runs at both companies were small or big. At the end, when the fans talk about him, they only remember the impact he made during the matches and segments.

Brodie Lee will be missed by the fans and the wrestling industry.