‘The Tribal Chief’ Roman Reigns has been on a roll ever since he turned heel last year at the SummerSlam PPV. He has been the Universal Champion for more than 300 days and counting.

The reigning champion took to Twitter and praised himself earlier today and mocked other wrestlers.

As the Universal Champion, he laid waste to multiple superstars, like Daniel Bryan, Edge, and Rey Mysterio. PPV after PPV, Reigns had been successfully dominating the men’s locker room with his stellar performances.

Watch this story: Brock Lesnar to The Rock: The Greatest Rivals of WWE Megastar John Cena.

Reigns sometimes call himself the ‘Savior of SmackDown’ and has bragged about carrying the Blue Brand on his shoulders. However, now he crosses paths with 16x World Champion – John Cena.

Cena made his triumphant return at the Money in the Bank PPV this year after Roman successfully defended his title against Edge; thanks to the interference from Seth Rollins. 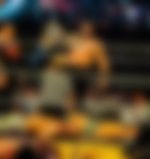 “Different than anyone before. Levels above anyone else or anything in this industry.” Reigns wrote.

Different than anyone before. Levels above anyone else or anything in this industry. #AcknowledgeMe pic.twitter.com/6mUDHkaiyX

Reigns is set to put his title on the line against John Cena who showed up at the contract signing to make things official.

What happened when Cena and Reigns met at WWE No Mercy 2017?

Roman Reigns met John Cena at No Mercy PPV back in 2017 where Roman defeated the 16x World Champion. The match was seen as a kind of a ‘passing of the torch’ match because WWE wanted to portray Reigns as the new John Cena who will be the face of the company.

However, the result of the match ticked off the WWE Universe, and they booed Reigns even more.

This time around, the scenario is a little different because Reigns is playing it up as an obnoxious heel and Cena as an ultimate babyface, Their match at SummerSlam might become the biggest match of this summer by a long shot.