Is Serena Williams Playing the US Open 2020?

The latest episode of WWE Monday Night RAW was an absolute thriller. While the matches, storylines, and the overall episode was great, the debut of an unknown faction was the real spice of the episode.

During MVP and Apollo Crews’ match, the lights were constantly flickering. In fact, it was this flickering that led to Apollo Crews being able to pin MVP.

Furthermore, Kevin Owens faced issues with the mic as well during his segment.

Upon probe, it was discovered that all the electronic issues were related to power outage problems. Reports revealed that due to boxes falling over backstage, there was an issue with the power.

CCTV cameras’ footage was looked into after few deemed the initial reports to be fishy. The footage revealed five individuals covered from head to toe in black, throwing Molotovs at the power transformer.

While it caught fire, all five of them fled. 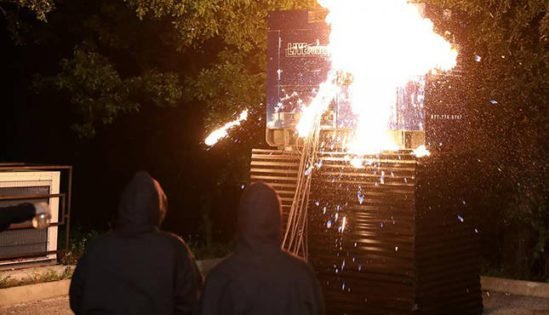 Now, WWE has come out with a statement reporting upon the incident. As of now, the company has been able to identify the group’s name.

On an Instagram post, WWE revealed that the faction who disrupted Monday Night RAW is going by the name RETRIBUTION. There is not much to say about the faction at this point.

WWE.com has learned that the faction behind this attack is calling themselves RETRIBUTION. #WWERaw

However, it seems as if their sole purpose is to cause havoc and chaos. There will not be much to say about the individuals and their ultimate goal until WWE investigates the matter further.

The positive side of this situation is that the company has finally managed to intrigue some fans. In fact, viewers for the next episode of Monday Night RAW might increase in case fans want to find out more about RETRIBUTION.

Read Next: WWE Announces a Massive Match for Next Week’s Raw