WWE is coming home to the most famous arena of all time – Madison Square Garden. The world’s biggest wrestling promotion will return to MSG in September this year.

WWE returning to its home 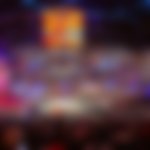 PW Insider reported that the company would return to the famous arena on September 10, 2021, for an episode of Friday Night SmackDown.

WWE authorities have now confirmed the news. The last time the company held an event in MSG was a house show back in 2019. The event is most notably remembered for Andrade’s victory over Rey Mysterio for the United States Championship.

Watch this story: Superstars Who Defeated WWE Legend The Undertaker Clean as a Whistle.

WWE had two booked events for 2020; the first was in the month of March which was pushed back to June because of the ongoing pandemic before eventually getting canceled.

The second one was for their traditional Christmas taping. Now, with restrictions lifted, we could see WWE returning to MSG in December as well.

Tickets for the WWE event will go on sale on Friday, July 9 at 10 am ET.

One of the most memorable WWE moments at Madison Square Garden

Madison Square Garden and Vince McMahon share a special bond, and it is because of his management that WWE can provide back-to-back classics at the most prestigious arena on the planet. The reason the boss loves this arena is that the very first WWE WrestleMania was held here.

In 2002, Triple H made his historic return to WWE Raw after his quad injury, and it led to one of the biggest pops ever recorded inside the MSG.

Hunter was out of action for 8 long months because of a brutal quadriceps injury. And when he returned, WWE fans were on their feet, with their placards showing their respect for ‘The Game’.

Triple H went out there and announced that he’d be officially entering the Royal Rumble, before getting interrupted by Kurt Angle.

Angle interrupted ‘The Cerebral Assassin,’ announcing that he’ll be entering his first-ever Royal Rumble. However, Triple H wasted no time and attacked the Olympian, as fans got to see the ‘pedigree’ after 8 long months.