Is Ricochet moving to WWE NXT?

WWE fans have been speculating about the status of WWE superstar Ricochet for a long time. The Superstar recently added more fuel to the fire.

Ricochet posted the throwback on his Instagram stories and captioned it with, “maybe I need to make a return to NXT?” See the story below. 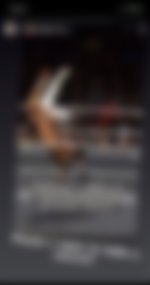 Before his tenure with WWE, Ricochet had an enormous presence in NJPW and Lucha Underground. His athletic ability, agility, and high-flying moves made him popular among WWE fans as well.

In his NXT days, the high-flyer had classic matches with the Undisputed Era, Aleister Black, and many more. Ricochet eventually won the NXT North American title.

Following his immense popularity among fans, WWE decided to push him up to the main roster. Within one year of his WWE tenure, Ricochet made his main roster debut on RAW. He even won the United States Championship.

However, following a squash match with Brock Lesnar, Ricochet started fading into the background. He recently denounced rumors of him leaving WWE. Despite a mini-rivalry with Retribution’s Mustafa Ali, Ricochet has failed to gain his previous main-eventer status.

In a recent interview with NXT UK, Goldberg called Ricochet one of the future superstars of WWE.

“I mean the usual suspects… Drew McIntyre, Keith Lee, and Ricochet. I’ve always been a huge fan of Finn Bálor,” admitted Goldberg. “I’d have to say those four are the future. There’s no question about it. In my opinion. And what do I know?”

However, fans find Ricochet grossly under-used. Despite his athletic abilities, he has very few singles accomplishments under his belt on the main roster.

After a lackluster feud with the Hurt Business and the Retribution, he needs to find a firm foundation for himself.

Before him, Finn Balor also went back to NXT after the main roster debacle. Balor is the current NXT Champion and will defend his title against Pete Dunne at the upcoming NXT TakeOver.

Do you think Ricochet going back to the black and gold brand will be a good idea? Let us know in the comments below.