Keith Lee has been on the main roster for a few months now. However, he has never had a satisfying finish to his matches, with most of his bouts ending in chaos. After acting as a third wheel for WWE’s heavyweights Randy Orton and Drew McIntyre, Lee is now pitted against Braun Strowman.

Strowman was recently drafted to WWE Raw. The former Universal Champion is definitely a good contender to uplift the ‘Limitless one.’ Braun Strowman and Keith Lee faced off in a short but exciting “exhibition match” last week on Raw, and both men crashed through various tables and barriers. 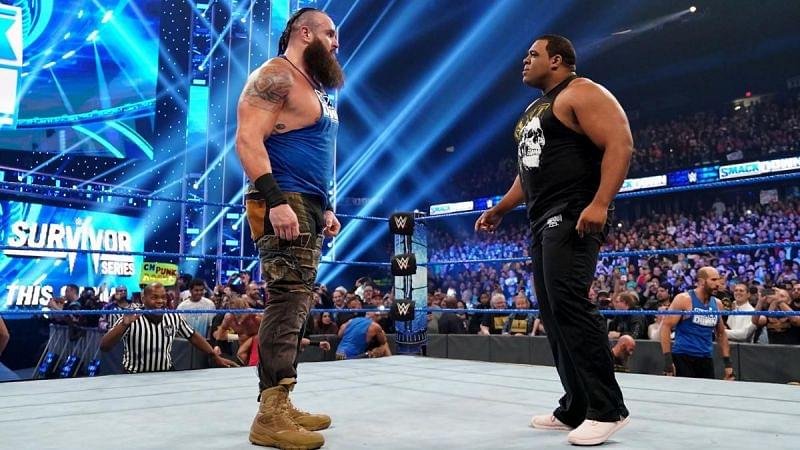 They will brawl again in the “Battle of the Titans” on next Monday’s Raw season premiere. Keith Lee promoted the match on his Twitter handle –

The match is being built as one of the highlights of next week. This week, Strowman faced Roman Reigns for the Universal Title but unfortunately submitted to Reigns’ guillotine hold.

Keith Lee was one of the many who was watching the season premiere of SmackDown this Friday. He even teased a cameo when he tweeted –

Thinking I will join the #WWEThunderDome for the season premiere of #SmackDown tonight, scout that the Universal Championship match between @WWERomanReigns and @BraunStrowman. Good luck gentlemen.

However, Lee opted for in-house entertainment. Like thousands, he also saw the event from his home.

In the main event, Strowman put a great fight to capture the Universal Title. He lost it to Bray Wyatt at SummerSlam, and Reigns pinned him to win the title at Payback. 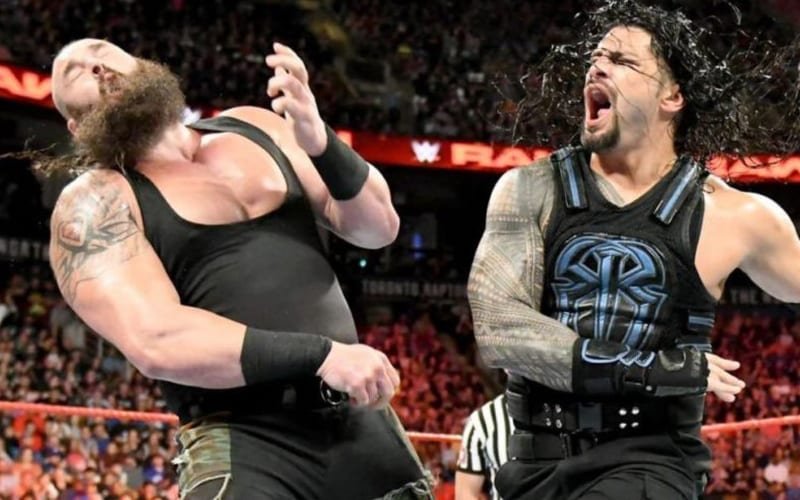 After a great fight, Roman Reigns caught Strowman with a guillotine hold. Even though he tried to fight, the Monster among Men passed out from the submission hold. Showing no respite, Roman Reigns slammed him with chair shots to prove his dominance over the heavyweight.

Lee weighed in on the situation after SmackDown got over –

Listen…..that was a different @WWERomanReigns than I remember. I don’t support all that extra with the chair.

But shoutout to @BraunStrowman. You got slept, but that’s nothing to be ashamed of. Way to fight, but I hope your recovery is good for #WWERaw.

Hopefully, Strowman will be medically cleared by Monday and will be able to face Keith Lee on the season premiere.