After weeks of alerting the fans with multiple vignettes, Eva Marie finally returned to WWE on Monday Night RAW (6/14). Although she promised an ‘Eva-Lution’, some things never change.

Hours before the show, WWE revealed not only Eva will return but she will also be wrestling former Women’s Champion Naomi as well. However, The ‘All Red Everything‘ did not compete in the match, just like the old times.

Marie came out with NXT UK superstar Piper Niven (official name not announced yet). Niven rushed to the ring and told the referee that she would be competing instead of Eva. 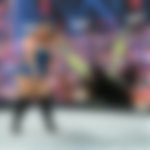 Niven then dominated Naomi for the most part of the match. She won the squash match with a Michinoku Driver in the middle of the ring. After the victory, Eva took the mic at ringside and announced herself as the winner, despite not stepping inside the ring.

This marked Niven’s first match/win at the main roster and Marie’s return to WWE after almost four years.

Watch this story–Must-See Moments from WWE NXT TakeOver: In Your House 2021

Fans are furious after Naomi vs Eva Marie on WWE RAW

Although it was rumored that Eva is not returning to WWE as a full-time wrestler, WWE Universe was confused after the ill-treatment of Naomi. The former Women’s Champion recently lost her best friend Lana as she got fired.

Fans did not understand why Marie was back with the “eva-lution,” if she will come up with the same shenanigans. On Twitter, the tag #NaomiDeservesBetter trended for a while after the match. Let see some reactions below –

(Sees Naomi gets the "run the theme then hit commercial treatment")

– doesn't know how to wear clothes#NaomiDeservesBetter

@ whoever decided Naomi should be the the one to take the 1st L from Eva Marie pic.twitter.com/Jvzls5x6wC

Naomi deserves better than this pic.twitter.com/MmQBOdusEM

Naomi has the talent. Naomi has the star power. Naomi has IT. What just happened should not happen. Naomi is so much more than jobbing to Eva Marie (mainly Piper) #NaomiDeservesBetter pic.twitter.com/pan1nZ32rJ

she has the star power, she has the fanbase, she has the talent, she has the look, she has everything she needs to be a megastar, don’t put her on the sidelines #naomideservesbetter pic.twitter.com/xheLkasUCo

As fans still wonder about why is WWE failing to recognize Naomi’s talent again, Eva took to Twitter to officially announce her in-ring return. She recognized Niven as her “protege,” and noted that Eva Marie hashtag was trending in the US.

You guys are the best, our movement can’t be stopped! #EVALution
–@WWE@WWEonFOX@USA_Network@viperpiperniven

It was announced previously that Eva would be back in a non-wrestling role. She could be managing the UK talent in WWE. Interestingly, the announcers never named Niven, so it is likely that she would be getting a new ring name in the US.

Fans think we might see Naomi vs Eva Marie at the upcoming Hell in a Cell. Do you think we will see a rematch? Let us know in the comments below.