Former WWE Women’s Champion, Bayley, is not having a good year. Having suffered consecutive losses to ascendent star Bianca Belair, Bayley is now undergoing a turmoil in her personal life.

Bayley and AEW wrestler, Aaron Solow, have called off their engagement today. Solow shared the news on his official Twitter handle.

For the uninitiated, Bayley and Solow first met in 2010 and were engaged a while back. Solow attributed the mutual decision to be the fruit of their difference in ideas. 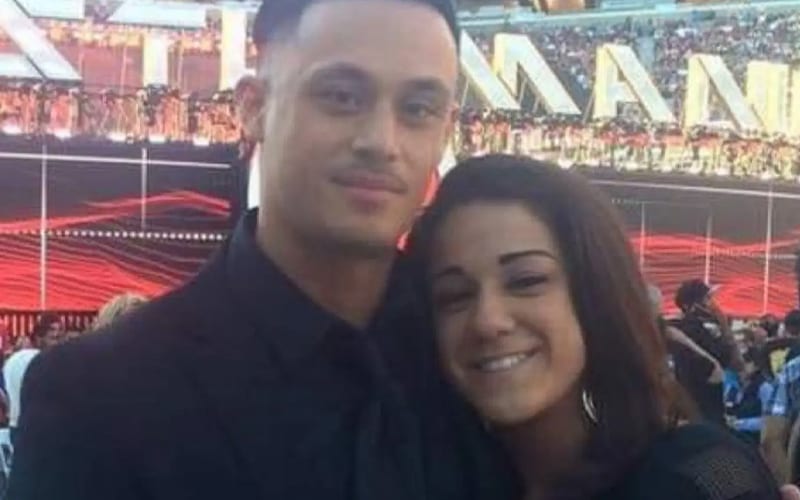 “This has been an extremely difficult decision to make,” wrote Solow. “Pam and I have come to the realization that we have a completely different idea of what we want our future to look like, because of this we feel that it would be in our best interests to call off our engagement and end our relationship.

“We have a lot of great memories together that we’ll forever cherish. We’ve agreed to remain friends and will continue to support each other in our careers and lives.”

Solow concluded, “We ask that you please respect our privacy on this matter.”

Bayley is yet to respond to the split on her social media handles.

The couple met each other almost a decade ago, when they were both trying to make it in the wrestling scene. They got engaged last year.

Bayley, on the other hand, is not having a good time in WWE. First, Bianca Belair repeatedly beat her on her own obstacle course. Then, she failed to win the Women’s Royal Rumble.

On the last episode of SmackDown, Bayley, Nia Jax and Shayna Baszler lost to Sasha Banks, Belair, and Reginald in an inter-gender tag team match. “The Role Model” is out of the title scene as of now.

The split is definitely a piece of disappointing news for both the Superstars and their fans. However, given the fighters that they are, they will certainly emerge stronger from the situation.