Jeff Hardy is done with the Intercontinental title dispute on SmackDown. Two title contenders, AJ Styles and Sami Zayn, faced off against one another. After the match, Jeff Hardy appeared and challenged both Hardy and Styles to a massive showdown at Clash of Champions.

For the past few weeks, Sami Zayn has called Jeff Hardy and AJ Styles frauds. Both Zayn and Styles have staked their claim on Hardy’s Intercontinental title.

This week, the two Superstars faced off against each other. Styles picked up the victory over Zayn, albeit through questionable means. After the match, Zayn kept pestering the ring announcer to announce him as the Intercontinental champion.

He also continued his brawl with Styles. Jeff Hardy had had enough as he took both men out and laid down a massive challenge.

He proclaimed that he was tired of being called a fraud. Post that, he challenged both Zayn and Styles to a unique match. In order “to escape normal”, Jeff Hardy will face the two challengers in a triple threat ladder match at the Clash of Champions 2020.

As we predicted earlier, the title match at the upcoming PPV will indeed be a triple threat match for the undisputed championship.

Despite being the Intercontinental Champion, Sami Zayn did not defend his title at any WWE event. As per the 30-day rule, WWE vacated the title and took Zayn down from his high horse.

At the tournament to determine the new champion, AJ Styles won after dismantling Daniel Bryan. After a couple of weeks, he dropped the title to Jeff Hardy. 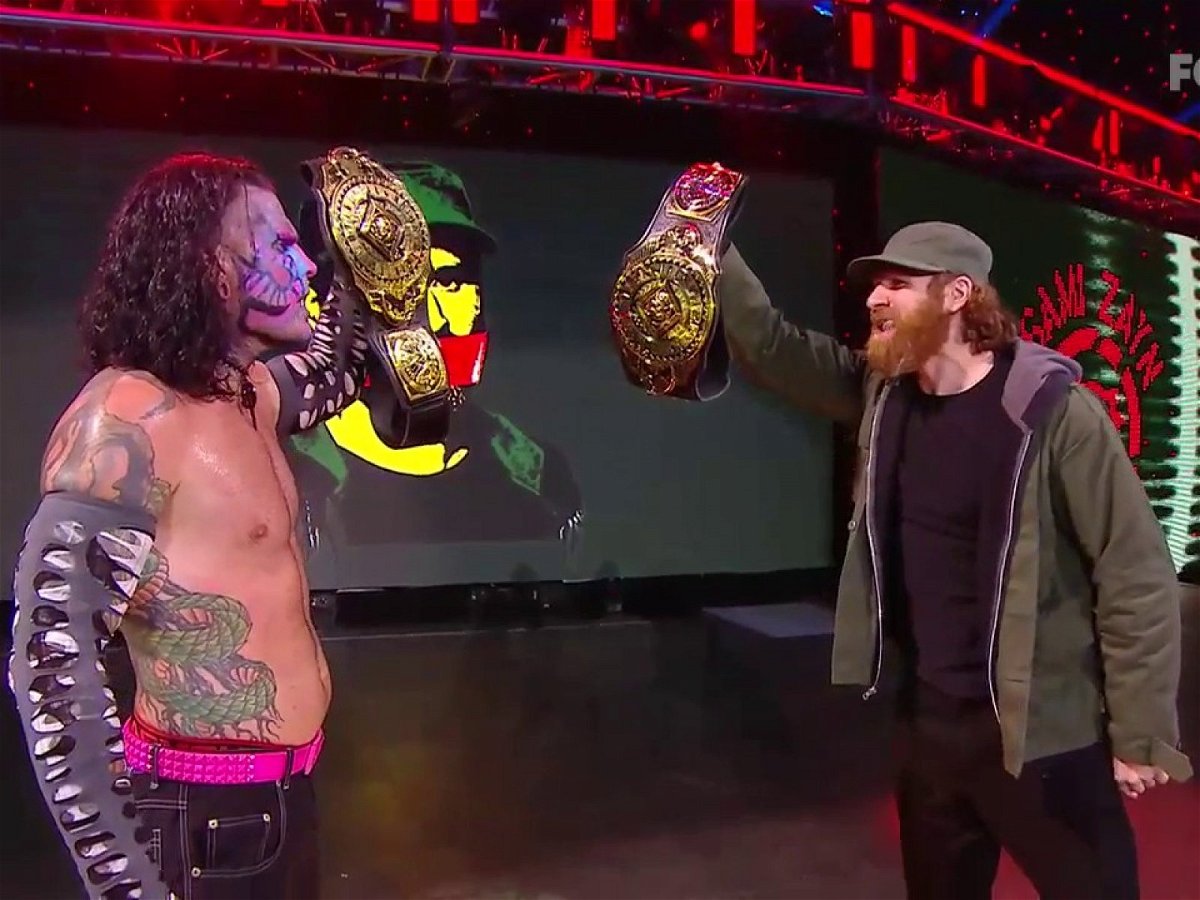 However, for the past two weeks, Zayn has showed up with his title and called both Hardy and Styles “Frauds.” After weeks of doubting himself, Hardy is finally done with everyone doubting his credibility as the Intercontinental champion.

The champion’s choice of a Ladder match will definitely benefit him. Hardy, along with his brother, are the pioneers of Ladder matches in WWE. Now we have to see how Styles and Zayn fight in Jeff Hardy’s home ground.

Sami Zayn Calls Out Vince McMahon for Disrespecting him