Hell in a Cell is around the corner and Sasha Banks and Bayley looked to make things official on SmackDown. Adam Pearce officiated the contract signing between the two disillusioned best friends.

The WWE official gave the contract to Sasha Banks first, which ‘The Boss’ signed promptly. She reiterated that she had been waiting for this moment for a very long time. However, Bayley called Banks ‘dead weight’ and wanted to be done with her so she could continue her historic title reign.

Bayley made a surprising claim stating Banks had been waiting to turn on her but she beat her to the punch. Banks replied by saying that if she wanted to turn on Bayley, she would’ve done it years ago.

The Boss revealed that she was the first person to call Bayley when the latter got left behind at WWE NXT. She also reminded her about the numerous times she had been there for Bayley.

The tension between @itsBayleyWWE and @SashaBanksWWE is at an all-time high. #SmackDown pic.twitter.com/LLWP6TTtkn

Banks promised to end Bayley at Hell in a Cell. She further made a bold claim by saying her name was much bigger than Bayley’s title.

Sasha Banks vs Bayley is official even though Bayley hasn’t signed the contract yet. This rivalry has been heating up for a while and the boiling point has finally been reached. 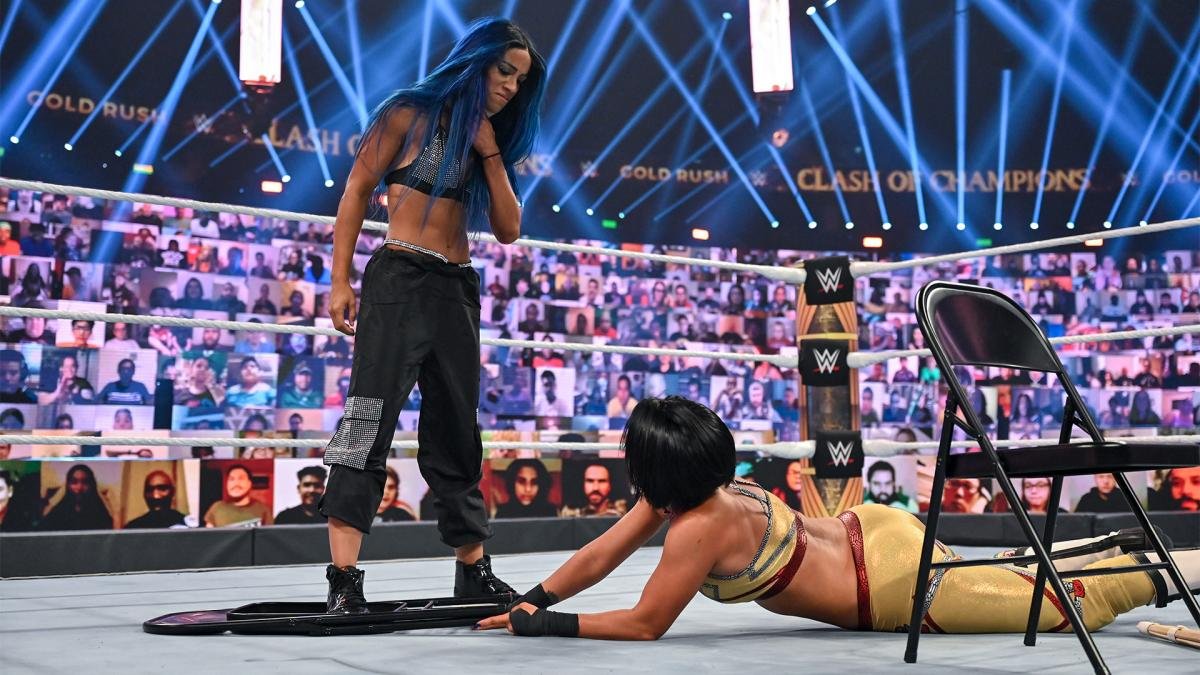 There can be nothing better to take this rivalry to a new level or to even end it at Hell in a cell. The two will be a part of one of the three Hell in a Cell matches scheduled for the PPV.

Once you walk into that unforgiving structure, no one comes out the same. One can ask Sasha Banks about it.

Sasha Banks has participated in every women’s Hell in a Cell match in WWE. Her first match against Charlotte years back is proof that the scars of battle remain for a long time.

Banks lost the title match and was injured for several months. Bayley is walking into her first cell match and the odds are definitely in Banks’ favor.

WATCH: Bayley Fails Miserably to Use Kendo Stick Against Sasha Banks Inside Hell in a Cell