WarGames had an impressive debut on the main roster in WWE. The men’s match between Brawling Brutes, Drew McIntyre, and Kevin Owens vs The Bloodline was full of emotions. Roman Reigns like the ‘Head of Table’ guided his family to victory by trusting his blood and ‘The Honorary Uce’, who became a full-fledged USO. But it came at a cost of his long-term friendship.

The match started when Roman Reigns entered the cage. Every Bloodline member had a goal to protect ‘The Tribal Chief.’ However, Sami Zayn took it personally and protected Reigns at the cost of his 20+ years of friendship with Kevin Owens.

While everyone was in the right ring, Owens and Reigns stumbled over each other in the left ring. They brawled and ‘The Prizefighter’ connected with a stunner and rolled over on him for the pin. Surprisingly, Zayn quickly appeared and pushed the referee, breaking the pin.

Owens then started explaining, ‘The Honorary Uce,’ that The Bloodline isn’t his real family. Unfortunately, Zayn betrayed the former Universal champion after connecting a low blow. Furthermore, in a tense situation, he looked at Reigns and hit Owens with a Helluva Kick that led to The Bloodline picking up the victory by pinning KO.

Zayn and Owens know each other for almost 20 years now. They know each other when the duo wrestled in the bingo halls in their early career. Both WWE stars have been in each other’s successes and losses throughout their wrestling career. It all came to an end at Survivor Series. 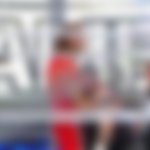 From being entitled as ‘The Honorary Uce’, Sami Zayn surely earned the name ‘Sami Uso’. Reigns might announce this on the following week’s RAW or SmackDown. Moreover, the feud between Owens and Zayn has also re-ignited and might go on till next year.

Their friendship has invested several fans into the company in their feud over the years. Similarly, after the scenes on the Survivor series, WWE fans too shared their reactions on Twitter.

One of the saddest moments.

This betrayal hit different than the rest though I actually felt this one pic.twitter.com/N19tbOsLnJ

Sami Zayn sold his soul tonight… And I love it!

No need to be conflicted about it, it had to be done since he wanted to be in the Bloodline to begin with and prove his loyalty

They most certainly did. Sami is extremely smart he knows what he’s doing

Owens and Zayn backstabbed each other several times, but KO has done more.

This is the most intriguing storyline in WWE for ages.

From Sami Zayn breaking up the pin on Roman Reigns after Kevin Owens' Stunner to him looking conflicted after giving up his best friend.

This was a brilliant way at end Survivor Series: WarGames 🙌.#WWE #SurvivorSeries pic.twitter.com/r4xyx7nDRI

I don’t like this portraying of Sami “selling his soul.” KO is literally the most unloyal person in wrestling, and has betrayed Sami like three times.

We all know Kevin would've done the same thing to him given the opportunity. Sami is loyal to the bloodline and Owens will betray everyone like he usually does (still love Owen as a wrestler though lol)

I mean to be fair KO been stabbing Sami in the back since NXT. Felt good to finally see Sami get his ass back. Overall this and the triple threat match saved the ppv. Great match

This was not it for the Canadian WWE superstar. The Head of the Table hugged Zayn after the match to show his respects. To a surprise, Jey Uso, who had problems with Zayn, also hugged him, thus welcoming him into the family. 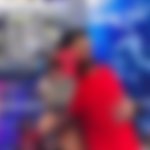 Now, the former NXT Champion is a full fledge USO and a core member of The Bloodline. Did you like the main event? Where do you think Sami Zayn goes from here?

Watch this Story: The Most Extreme Moments in WWE Monday Night Raw History!