Stipe Miocic conducted a QnA session on his Instagram wherein he answered questions from his followers. One of the questions that he was asked was – Favorite 90’s WWF Wrestler?

To this, Stipe Miocic answered – MACHO MAN, a.k.a. Randy Savage. 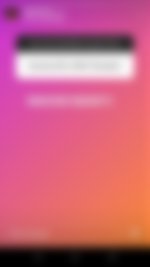 The legacy of Randy Savage – favorite wrestler of Stipe Miocic

Macho Man (Randy Savage) was one of the greatest pro wrestlers to have ever walked the ring. He provided the wrestling universe with some of the most classic matches that continue to shine even today.

One extremely notable match from his career was at WrestleMania III against Ricky Steamboat. That contest is often labeled as the greatest professional wrestling match of all time (not Randy Orton vs Edge).

On top of that, Randy Savage had some of the greatest matches with the likes of Hulk Hogan, The Ultimate Warrior, Ric Flair, and Lex Luger.

Even though he was not performing in the ring following his health concerns, he showed up for multiple TV shows. In 2004, he confronted Jeff Jarrett at a TNA taping.

Even after their divorce, they maintained a working relationship. Their divorce was brought into the storyline later when Miss Elizabeth returned to the scene while Savage was in a feud with Ric Flair.

Finally, in 1998, the pair split for good after Randy Savage was injured. However, he returned in 1999 with real-life girlfriend Gorgeous George in his arms.

Unfortunately, Randy Savage tragically passed away in 2009 after suffering a heart attack while driving.