October 7, 2000, the day when a young pacer from Baroda shattered Australian skipper Steve Waugh’s stumps with an inch perfect yorker in the ICC Knockout Tournament. He stole everyone’s attention and was rightly judged as India’s upcoming speedstar. In a country like India which lacks quality pace bowlers, Zaheer is a blessing in disguise. In an era filled with batsmen like Sachin Tendulkar, Sourav Ganguly, Rahul Dravid and many more, this guy rose to the occasion and made a mark for himself.

From being a rookie to India’s spearhead, Zaheer Khan has seen it all. From the unforgettable 2003 World Cup final to the unsung hero of 2011 World Cup, he has done a splendid job for India. With 311 Test and 282 ODI scalps, his contribution to Indian Cricket has been tremendous. On his 37th birthday ES brings a collection of some of his memorable performances from the past decade. 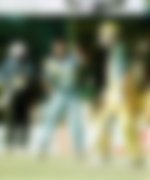 This was Zaheer’s maiden International appearance against the mighty Aussies and he stunned the World Champions with his perfect yorkers. The star studded Australian team of 2000 were taken by surprise as the young paceman from India went all guns blazing. On his 22nd birthday Khan announced himself in style as he sent back Gilchrist and Steve Waugh which ensured India’s entry into the finals of ICC Knockout Trophy 2000. Playing just his 2nd ODI, he ended with figures of 2 for 40, that was instrumental in India securing a 20-run win.

2. Black Caps blown away in style

Zaheer exhibited great fast bowling, which steered India into the semis of 2003 World Cup. India registered their seventh win in a row as New Zealand collapsed to a great mixture of slower balls and toe crushers from the young lad. He struck twice in his first over, dismissing Craig McMillan and Nathan Astle. He followed it with the key wicket of Brendon Mccullum, before getting Chris Harris out lbw. India chased down the target with ease and registered a comfortable victory. Zaheer was adjusted Man of Match as he took 4-42, his best figures of the tournament. 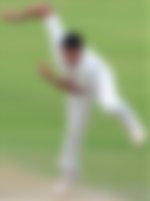 Injury stricken Zaheer was out of favour. In 2005 he signed for Worcestershire County Cricket Club in England as one of their two overseas players, so as to gain his fitness back. He was nothing short of sensational as he took 59 wickets from ten games. He took ten wickets against Somerset on debut and became the first Worcestershire player to do so in over 100 years. His best performance came when he ripped apart the batting lineup of Essex, ending with 9–138. Had wicketkeeper Steven Davies not dropped a catch,  he would have become the first bowler ever to take all ten for the county.

4. England getting a taste of their own medicine

India toured England in 2007 for three match Test Series. Zaheer scalped 18 wickets in the 3 Tests as skipper Rahul Dravid led India to a rare 1-0 series win. In the second Test at Nottingham he took nine wickets in the match including a five-wicket haul in the second innings. England were put into bat on a green top. Zaheer took full advantage of the conditions and generated enough swing to leave English batsmen clueless. England were bowled out for 198 as he took 4 for 59. In the second innings he continued the good work as he scalped five English batsmen for 75 runs. India went on to win the match comfortably and eventually the series.

It was the ‘Border-Gavaskar‘ trophy as Australia were set to play a four match Test series in India. In the very first match the Nation witnessed a carnival of great seam and swing bowling. Zaheer Khan, with his accurate line and length, left Australia spellbound. Off the third ball of the match, he took out Matthew Hayden, before trapping Michael Clarke LBW in the last over of the first day. He quickly wrapped the tail as he finished with 5-91 in first innings. The match ended in a draw and he was awarded the Man of the Match. 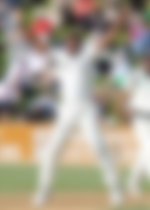 India toured New Zealand for a three match Test series in 2009. The first Test ended in a draw and India won the second match to go 1-0 up in the series. The final Test match had to be played at Wellington and Kiwis were prepared to take on India and level the series 1-1, but Zaheer had other plans. He was exceptional right from the word go, as he exhibited tremendous swing bowling to dismiss New Zealand for just 197 runs. He took 5-65 in the first innings. Rain played a spoilsport and  England managed to hold on a draw as India won the series 1-0. Zaheer picked up seven wickets in the match.

The unsung hero of 2011 World Cup, Zaheer Khan was very different from what we saw in the 2003 edition. He was fitter, confident, accurate and much more responsible from the last World Cup. He ensured that he kept opposition running for their money, in the entire tournament. With 21 wickets he was the chief architect of India’s one of the greatest triumph ever.

In the group encounter against West Indies, Zaheer tormented the Windies batsmen. Before this game, India had tied a thriller against England and were stunned by South Africa, so a win meant an easy draw in the quarters. Yuvi’s brilliant hundred guided India to 268, but Indian bowlers lacked lustre.The duo of Devon Smith and Ramnaresh Sarwan were having no problem in facing the bowlers. West Indies were cruising at 146 for 2 after 27 overs, looking all set for a win. Enter Zaheer Khan. Bowling his second spell of the game, he crushed the Caribbean boys. West Indies lost their last eight wickets for just 34 runs, as Zaheer’s 3 for 26 guaranteed India a win and second spot in the group table.