In a week, The Gypsy King will face Derek Chisora at Tottenham Hotspur Stadium, London. Tyson Fury had beaten him twice in the past; hence, most don’t expect a jaw-dropper of a match on December 3rd. However, the question that rattles the most is why Chisora, when worthy alternatives are available.

The latest bout comes in the wake of a mega fixture against WBO, WBA, and IBF Heavyweight champion Oleksandr Usyk next year.

Having knocked out Dillian Whyte on April 23rd at Wembley talks for a fight against former champion Anthony Joshua kicked in. One of the blue-eyed boys of boxing in Great Britain, Anthony Joshua’s career started stumbling when American Andy Ruiz Jr. knocked him out in 2019 at New York’s Madison Square Garden. Despite winning their rematch and a rather bland bout against Bulgarian Kubrat Pulev, doubts pop about AJ being a spent force.

Tyson Fury versus Anthony Joshua: The bout everyone wanted

Matchroom Sports’ asserted that a Fury – AJ match was on. But, notwithstanding the difficult discussions, the deal collapsed. An indignant Fury blamed AJ’s camp squarely for not honoring the talks. “The fight didn’t happen. The reason I believe is they never wanted it to happen and they never had any intention of it happening. “The first week [of negotiations] I believe he was interested in the fight then he realised the daunting task and he got talked out of it by his people and himself. If that wasn’t the reason, he would be here now fighting instead of Derek. But he’s not and that is that.”

Ever since, Tyson frequently faces questions on whether the AJ fight stands a second chance or, for that matter, a mere thought. But, not to beat around the bush, fans and lovers will rather wait and watch The Gypsy King taking on AJ rather than a fighter whose records stand nowhere near the two.

From where he stands, Tyson has clarified on multiple occasions that it is Joshua who loses more on account of a missed fight with a reigning champion. Bereft of any world title or belts, the onus lies on Joshua’s team to honor the deal. 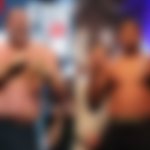 Fury is still bitter about the affair. However, upon receiving the question if the fight with Joshua is glamorous, he answers in typical Fury style.

Tyson Fury on if the Anthony Joshua fight is a 'glamour fight': "No, there's no glamour in fighting a coward, none. I don't fight cowards, I only fight real men. That's a glamour fight? No way. My glamour fight was fighting the 42-0 Deontay Wilder in America." [@FrankWarren]

The quest for Undisputed Champion

Tyson’s fight with Usyk will solve the world’s undisputed champion question. By reasonable assumption, their match will happen somewhere down the springtime next year.

The boxing world has been waiting for the undisputed champion for the last twenty-three years. Lennox Lewis was the last person to have that honor in 1999 after securing a unanimous win over Evander Holyfield. Time will reveal whether that wait ends next year. So what is your take on the current heavyweight boxing scene?

Watch Out for More: Things you don’t know about the Cat.