Which Teams Has Cristiano Ronaldo Scored All His International Hat-Tricks Against?

The mark of an able goal scorer is to be in the right position at the right time. Undoubtedly, no one has been doing it better than Cristiano Ronaldo for years now. Notably, he has scored a record 115 international goals.

After winning the European Championship in 2016, he has elevated himself to a level that none have reached before. Last night, the Portuguese legend scored his 58th career hat-trick for both club and country.

The 10 international career hat-tricks speak volumes of his caliber. The scary part meanwhile would be his hunger for more, despite being 36-years-old. 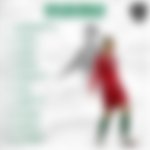 Significantly, Ronaldo scored his 10th international hat-trick last night, netting two penalties inside 10 minutes, while scoring a deft header in the second half to complete the record. Although he came close to scoring his signature bicycle kick, the opposition goalkeeper stopped him in his tracks. One of his other iconic trebles came against Spain in the 2018 FIFA World Cup, where he scored a breathtaking free-kick to level the scores at 3-3.

Scoring an international hat-trick would be a dream for most players, but scoring 10 is unimaginable to start with. Throughout his career, he has scored some sensational goals. Tap-ins, long shots, penalties, free-kicks, and headers add to his international resume. The game against Luxembourg saw Portugal win 5-0 with goals from Bruno Fernandes and João Palhinha.

The forward continues to score more goals as he broke the men’s international goal-scoring record that Iranian Ali Daei held for a long time.

Ronaldo’s international debut goal game against Greece, back in 2004, as he headed home a beautiful ball, assisted by Luis Figo. Throughout his international career, he has scored 47 goals in the first half while scoring 68 in the second half. Most of the goals have come after 75th minutes with an incredible tally of 35 goals.

Some of his other profound statistics are amusing to the naked eye. The striker has scored 61 goals with his right foot while scoring 26 with his left foot. Ronaldo also has a terrific record from the spot. Apart from Scoring 16 penalties, he has also scored 10 direct free-kicks. The rest of the goals have come from open play with a tally of 89.

Ironically, the hat-trick against Luxembourg took his tally to nine goals scored against the club. Notably, Ricardo Quaresma and João Moutinho have assisted him eight times.

Thus, these stats prove how dangerous of a player he is. With the Qatar World Cup in his sights, Ronaldo’s performances for Portugal will be key for them to lift the title.