With Pokemon Unite coming out in less than 24 hours, it’s time to learn about all the Pokemon the game is likely to see. We say “likely”, because the information used here is based on the tested beta version of the game. So when the game comes out, some things might be different. 20 Pokemon were tested, and now it is time to categorize these 20 Pokemon using a tier system. S, A, B, and C will be the tiers, where S represents the strongest Pokemon and C the weakest.

Some gameplay footage should give you an idea of what the game looks like and get you excited for tomorrow’s release.

Pokemon Unite: which Pokemon belong in which tier/class?

Let’s start off with the best Pokemon in Pokemon Unite, the ones that are definitely worthy of being in the S-class.

A Pokemon that is the equivalent of a boulder, Snorlax is a great defender-type Pokemon. Easy to play with and difficult to take down, Snorlax has great healing powers as well as decent attack damage.

An all-rounder, Garchomp has high offensive and endurance. They are decent when it comes to mobility, but players shouldn’t have a problem moving around a lot. 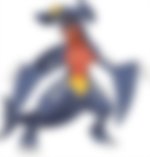 Albeit harder to master, Alolan Ninetails has a wide array of ranged moves at their disposal. The attacks can be executed from a distance, and Alolan Ninetails is great in terms of offense and support.

A great Pokemon that offers a lot in the way of tactical options, Wigglytuff possesses the ability to make enemies vulnerable by lowering their defense and speed. Use Wigglytuff with an attacker-type Pokemon for best results.

Lucario is an all-rounder, and their attacks can deal heavy damage as well as stun enemies. Charging into enemies and shoving them backward has never been so much fun. Their power attacks and rapid fast movement make them stand apart.

Eldgegoss is one of the best support Pokemon in the game. They have a move called Synthesis that can help allies regain lost health. They can also create shields and increase ally speed.

These are the Pokemon that made the S-class.

WATCH THIS STORY- Call of Duty: Warzone vs Fortnite: Which Is the Better Battle Royale Game

It can be argued that Zeraora deserves a spot in the S-class due to its great offensive abilities and speed. The speedster does require some skill to master. And the Pokemon has some great melee attacks as well.

A fan-favorite Pokemon, Charizard can not only handle things at the front, but they can also be a great ally in terms of defense as well. Charizards Unite Move is called Seismic Slam, and some of their attacks even deal damage over time.

Pikachu is probably the most popular Pokemon in the franchise. Pikachu’s moves can paralyze enemies and slow them down for a short amount of time. They are an attacker, this is why their attacks deal heavy damage, but on the downside, Pikachu can’t take a lot of damage. 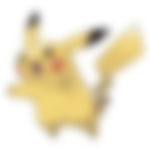 Crustle is a great defender Pokemon. Every time players take damage beyond a certain degree, Crustle’s defense increases. Crustle’s Shell Crush move also allows them to turn defense into offense as well as increase their speed.

Cramorant is a really fun Pokemon to use in this game. The Pokemon is an attacker, meaning their attacks are heavy. Not just that, the Pokemon can catch prey with their mouth and also use the prey as a projectile to deal damage.

Absol can increase their chances of getting a critical hit. Their mobility is unparalleled, and their attacks do mid-high damage. One of Absol’s attacks, the Psycho Cut, can also increase the damage of the next three basic attacks when it (Psycho Cut) lands.

Above are your A-class Pokemon. They are very good and should never be underestimated.

These Pokemon are decent and, in the right hands, can be much stronger. The Pokemon that find themselves in this B-class in Pokemon Unite are:

A great Pokemon for crowd control that will take a lot of patience to master, Mr. Mime is not for everyone. As a support Pokemon, the Pokemon definitely serves its purpose, but you’re going to have to pair it with the right Pokemon.

Machamp is a muscle-bound Pokemon that deals great damage. When using this Pokemon, the primary focus should be on being on the offensive, and they have got average mobility, scoring, and endurance.

Cinderace is a Pokemon that combines slightly above-average mobility with great offense. But, the Pokemon is bad when it comes to defense and support.

A decent Pokemon that offers great disruptive powers in the form of Telekinesis, Slowbro also has great endurance and can also regenerate their health.

Talonflame performs decently when the game is nearing its end. Their super-high mobility enables the Pokemon to dish out fast-paced attacking maneuvers and get away quickly. But they have got a pretty bad defense, and players need to be cautious while using the Pokemon.

The only reason Greninja is in Tier B is that unless you’re a skilled player, you might not be able to fully take advantage of its moves. The Pokemon has got good offensive attributes and their attacks can be used from afar, and they can also increase their damage output and speed.

These Pokemon are fun to use (mostly), and players are urged to try them out when the game releases to make up their own opinion on which tier these Pokemon actually belong in.

Venasaur is a pretty decent Pokemon with a good offense. It’s an attacker, but its defense isn’t as bad as some of the other Pokemon on this list. Venasaur’s damage can be increased and the Pokemon’s ranged attacks are something to look out for.

Gengar has got great mobility and can pull enemies. Most of the Pokemon’s moves are actually pretty fun to use. But the reason Gengar is in C-class is that the Pokemon can barely take any damage. 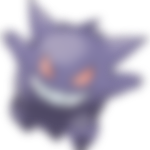 And that’s the tier list for Pokemon Unite. All these Pokemon are good (and bad) in their own way. In the hands of a trained player, even low-tier Pokemon can be very threatening, and players should try each Pokemon out themselves.

An eSports writer at EssentiallySports, Soumyadyuti Ghosh is pursuing a bachelor's degree in Business Management. Before becoming an eSports writer for EssentiallySports, he worked as a freelance content writer, editor, and proofreader and primarily worked on projects revolving around insurance, travel, and gadgets. An unquenchable thirst to learn about all things eSports, a rather unhealthy obsession with playing video games, and an almost encyclopedic knowledge of the gaming industry make him a video game aficionado.
ARTICLES BY AUTHOR