Pokemon Unite came out in the second half of last month, and thousands of players picked up the game instantly, rendering the launch of the game a success. But, some things have changed since launch because of a balance update the game got recently. Some Pokemon got nerfed, while other Pokemon were buffed. And this is why this is the perfect time to see where they rank on the new Pokemon Unite tier list.

There are four tiers/classes S, A, B, and C. Pokemon that are placed in S class are the best in the game, while Pokemon that are in C are generally considered not super useful. With that in mind, let’s begin!

Gengar has been one of those Pokemon that players just can’t stop using. It is unlikely, that players will stop using Gengar, but, following the update, Gengar’s damage has been reduced ever so slightly. And this means players won’t be dealing as much damage as before, and this is why the former S-tier Pokemon finds itself in tier A.

While Gengar has been nerfed, Venusaur has been buffed. Overall, the Pokemon is just better than it used to be. Venusaur is an attacker-type Pokemon and can also play a defensive role just fine. Venusaur is in tier B.

Mr. Mime is perfect for the role of a supporter and also has good endurance. This Pokemon has some fairly good attacking moves as well, but unfortunately, players will have to get right next to the enemy Pokemon to use its moves.  Mr. Mime finds is a B-class Pokemon.

While Pikachu is a great attacker-type Pokemon that can deal lots of damage to enemy Pokemon, Pikachu is also super fragile, meaning players always have to be careful not to take any damage. The update didn’t do much for Pikachu, and the Pokemon currently belongs in tier B.

A Pokemon that can take a massive amount of damage, Snorlax is one of the best Pokemon suited to the defensive role. Snorlax is super versatile and can provide support to the team from the front as well as the back. Snorlax deals decent damage and is an S-tier Pokemon.

Gardevoir is plenty fun to play with and is a great offensive Pokemon. But unfortunately, Gardevoir doesn’t rank super high on the tier list because players will need to reach level 10 to unlock its Unite move. And unless Gardevoir is the member of a team that can use its strengths properly, Gardevoir isn’t much help on the field. This Pokemon is in tier B.

Garchomp is not really a bad Pokemon per se, but Garchomp lacks anything that might help it set itself apart. Also, Garchomp isn’t really useful till super late in the game, and even then there are other Pokemon who are more useful than Garchomp. Garchomp, unfortunately, is in tier C.

Lucario is one of those Pokemon that has great attacking moves, great damage, and nearly great everything. It’s also a pretty versatile Pokemon as well and can serve a multitude of purposes. Lucario is so good that there’s a good chance the Pokemon might be nerfed soon. As for now, Lucario is certainly an S-tier Pokemon. 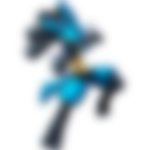 Absol is a Speedster Pokemon and can be used to flank enemy Pokemon. It also has great critical damage, but other than that the Pokemon doesn’t have much going for it. This is why this Pokemon is in tier B.

Crustle is one of those Pokemon that can absorb a lot of damage and still keep going. Its abilities will it really difficult for the opponent team to take it out. Crustle is the best Pokemon in tier B.

Greninja has some really useful offensive moves and can really make a difference as the match nears its end. Its scoring and mobility are good, and endurance decent. Once players have racked up the levels with this Pokemon, Greninja can dish out a lot of damage. Greninja deserves a spot in tier A. 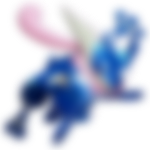 Players who’d been picking Cinderace for how good the Pokemon was will be saddened to learn that Cinderace has been nerfed. But even after the nerfs, Cinderace is still a Pokemon that can be incredibly useful to the team. The best position for this Pokemon is at the back, and Cinderace, just like Greninja, is an A-tier Pokemon.

Talonflame has great mobility and was buffed in the update. But, unfortunately, much like Pikachu, Talonflame can’t take a lot of damage. Moreover, Talonflame’s HP is very low. And unless the player is skilled, they won’t be able to get anything out of Talonflame. Talonflame is in tier C.

Machamp is still pretty great. Machamp’s abilities ensure that Machamp doesn’t rank low on the tier list. Machamp is an All-Rounder Pokemon that can deal massive damage, and Machamp deserves a spot in tier A.

Charizard also received a buff thanks to the recent update, but Charizard still isn’t good enough to rank high on the list. Despite the fact that Charizard’s Unite move, Seismic Slam, is super effective, Charizard will still need a couple of more buffs to rank higher on the list. Charizard is a C-class Pokemon.

Cramorant is certainly one of the best Pokemon in the game. And it also has one of the most effective Unite moves as well. The only downside with the ranged attacker-type Pokemon is that playing with Cramorant requires skill. This is why this Pokemon is in tier A.

A great Pokemon that has great offense and mobility, Zeraora is an A-tier Pokemon. Zeraora has also been slightly buffed, This Pokemon is one of the best offensive Pokemon and can dish out an incredible amount of damage.

The general consensus is Eldegoss is the best Pokemon for a supportive role. This Supporter Pokemon was nerfed a lot, and its abilities are still as useful as they always have been. Eldegoss is a S-tier Pokemon.

Alolan Ninetails is a ranged Attacker-type Pokemon, and its moves are awesome. Alolan Ninetails can freeze its enemies and do so much more. And the Pokemon is also the only Attacker Pokemon that makes the S-class. 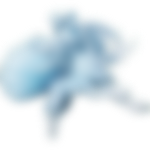 Slowbro has got some great moves as well as great endurance. The Pokemon can offer great support to the team, and its Unite move nearly makes it immortal. Slowbro is in tier A.

A lot of people still don’t know which Pokemon they should select, or which Pokemon is right for which role, hopefully, this Pokemon Unite tier list will help them.

An eSports writer at EssentiallySports, Soumyadyuti Ghosh is pursuing a bachelor's degree in Business Management. Before becoming an eSports writer for EssentiallySports, he worked as a freelance content writer, editor, and proofreader and primarily worked on projects revolving around insurance, travel, and gadgets. An unquenchable thirst to learn about all things eSports, a rather unhealthy obsession with playing video games, and an almost encyclopedic knowledge of the gaming industry make him a video game aficionado.
ARTICLES BY AUTHOR