The penultimate event of the Ladies European Tour was the Aramco Team Series in Jeddah. The Tour travelled back overseas to Spain for the final event, the Andalucia Costa Del Sol Open de Espana. The 4-day tournament marks the end of the LET for the season and ends on the 27th of November. The event has a hefty purse, and over 75 people are competing for it.

With an intensely competitive roster, anybody could be the winner. The winner of the Race to Costa Del Sol title will also be decided at the end of the event.

All eyes are on Linn Grant and Maja Stark

Both Linn and Maja have competed head-to-head this season and are ranked the top two in the Race to the Costa Del Sol. With Grant ahead of Stark by only 69 points, this tournament will serve as a thrilling finale. Grant can win the €125,000 prize by either finishing ahead of or tying with Stark. Maja Stark, on the other hand, needs to beat her opponent to have a shot at the title.

Both have had a remarkable season. Linn has four wins and eight top-ten finishes this season in the 16 events she’s played. Maja, on the other hand, played in 22 events, won five of them, and achieved 11 top-ten finishes. 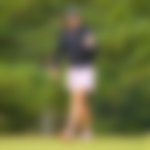 If either of the pair goes on to claim the Race to Costa Del Sol title, it would be an achievement for the history books, since both turned professional just over a year ago in August 2021. But the feat won’t be as easy as they’d like. Besides competing against each other, Stark and Grant face off against the likes of Leona Maguire and defending champion Carlota Ciganda at the Andalucia Costa del Sol Open. 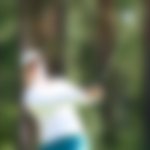 Who do you think will take home the win? Will one of them win both, or will they each settle for one? Or will we see an entirely different winner altogether? Tune in to find out.

Sheldon is a golf writer at EssentiallySports. He is a Business graduate from Christ University, with a degree in Finance and Accounting. He also has an experience as a Senior Audit Associate at an MNC, but his love for writing made him follow his dream and switch careers.
ARTICLES BY AUTHOR