The New England Patriots started playing professional football in 1960 as part of the AFL. At the time, they went as the Boston Patriots and claimed a division title in their 4th season.

Following the AFL-NFL joining forces to form one league, the Patriots changed their name from Boston to New England. A year later, on March 22nd, they shifted base away from Boston and moved to Foxborough, where they are based even today.

In the next 30 years, the team experienced sporadic success. They won 4 divisional titles and just 2 Conference Championships.

However, their fortunes turned with the turn of the century. In the year 2000, two men arrived and helped kick-start a dynasty that ruled the NFL for 2 decades.

The New England Patriots parted ways with Pete Carroll after 3 seasons and hired coach Bill Belichick amid stunning circumstances. The current New England Patriots Head Coach resigned during his maiden New York Jets press conference and made the move up north to Massachusetts.

At the draft later that year, New England used their 7th pick of the event to get Michigan prospect Tom Brady at with the overall pick no. 199. Fans expected Brady to be a backup to Drew Bledsoe. However, the youngster impressed in training and was handed the reins in his sophomore following an injury to the first choice. He turned his team’s fortunes and guided New England to the Super Bowl.

Furthermore, the team won the AFC East title in all but 1 season where Tom Brady started as the quarterback. This amounted to 17 titles in 19 seasons, from 2001 to 2019.

Longtime quarterback and legendary No.12 Brady parted ways with the franchise following the 2019 NFL season. The New England Patriots' tie against Tennessee Titans marked the last game with the Brady-Belichick combination. Now, the team has former NFL MVP Cam Newton as the quarterback as they embark on the post-Tom Brady era.

The franchise finished the 2020 campaign with a 7-9 record and placed third in the AFC East. They failed to qualify for the playoffs and finished the season with a losing record for the first time since 2000.

The New England Patriots were involved in one of the biggest controversies in the NFL. The franchise allegedly lowered the air pressure in footballs during the 2014 season's AFC playoff game. This incident was coined as 'Deflategate.'

The Patriots won the game and denied Russell Wilson back-to-back Super Bowl wins. Later, following an investigation, Tom Brady sat out for 4 games in the 2016 season before returning to claim his 5th Super Bowl.

The team’s current owner is Robert Kraft. He purchased the Patriots stadium from Billy Sullivan in 1988. In doing so, he took the first step to getting hold of the team. 6 years later, Kraft claimed ownership.

The new owner broached the idea of relocation. Eventually, he remained at Foxborough, which may have won him the fans' support. Under his supervision, the franchise has improved in leaps and bounds. They won the AFC title in the 1996 NFL season. Hence they reached a second Super Bowl to end an 11-year drought. 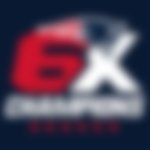 The new logo kept the colors of the national flag and has red stripes on the left, which gives the impression as though it is flying in the wind. Certain fans regard it as a 'Flying Elvis'.

7 years later, they darkened the blue on the logo and it remains on their jersey as of the 2020 NFL season.

The Patriots and Fanatics signed a 10-year E-commerce partnership. The deal will have Fanatics operate the online and mobile retail merchandise business for the multiple-time chip winning team. Moreover, Gulf Oil also announced a multi-year partnership with the Patriots to support fans with exclusive on-field experiences and opportunities to save at the pump.

Fior de Cana was named official Rum partner of the New England Patriots. Fior de Cana came in as the premium rum from Nicaragua. A US-based company, Enel Group announced an agreement to become the official energy partner of the Kraft Sports+ Entertainment.

The Kraft family recently announced that COVID-19 vaccinations for first responders at Gillette Stadium. Additionally, late December saw around 100 foster families head into the unforgettable event at Gillette Stadium where they received Christmas gifts and trees. It's also hard to overlook the Patriots' outreach in the 'My Cause, My Cleats' campaign.

The franchise is also in partnership with the Mass Military Support Foundation. The Kraft family, Patriots, and Revolution donated coats, masks, and other essential items to police officers in all 351 cities and towns in the commonwealth.