Call Of Duty Warzone: Devs Roll Out Another Patch

Roger Federer has won many Grand Slams throughout his career but he has also won Olympic Medals. One of these was a silver medal at the 2012 Olympics. At the time, Juan Martin Del Potro won a bronze and he has just spoken about how Roger Federer reacted to it.

How Did Roger Federer React?

At the 2012 Olympics Games, Juan Martin Del Potro lost his chance to win a gold medal after losing to Roger Federer in a thrilling match. However, he did manage to win the bronze by beating Novak Djokovic. In a recent video by ITF, the Argentine talked about how Federer reacted to his win. He said,

“When I arrived at the podium ceremony, everyone was expecting Djokovic but instead, it was me. Federer asked, ‘What happened? What are you doing here?’ I told him I won.  Federer said, ‘I am so happy for you, I am really glad after our match. How wonderful!’ That is my most vivid memory from London.”

Both Federer and Del Potro were no doubt that day, given that they had won medals for their countries at the Olympics no less. While they’ll definitely want to add to their list of wins, their immediate focus will be on recovering from injuries. 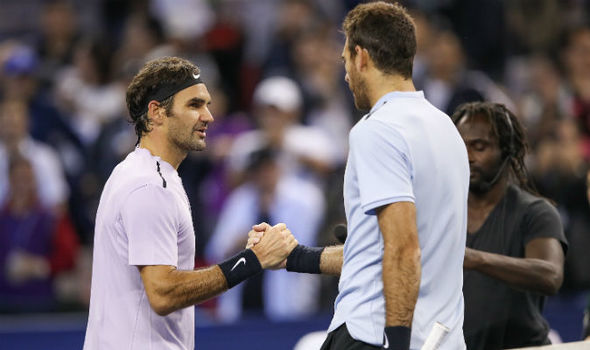 Last year, Del Potro fractured his right knee and hasn’t played any professional tennis since then. This is in addition to the many injuries he has had before. Despite this, he has said he is all set to make a comeback.

This year, Roger Federer underwent two knee surgeries which forced him to end his 2020 season prematurely. He has said that he is taking his time to be at his 100% before he returns next year.

Everyone is going to be hoping that Del Potro and Federer recover from their injuries as soon as possible. Hopefully, we will see some incredible matches between them in 2021.