The past few weeks have been no less than a roller coaster ride for some members of FaZe Clan. The clan recently removed Kay, and suspended Jarvis, Nikan, and Teeqo temporarily. This shocking move was owing to the invoolvement of these creators in a cryptocurrency scam.

However, after massive research on the matter, many discovered that Teeqo was 100% innocent. Unlike others, he actually spent his money to buy the Save the Kids coin and never sold it.

FaZe Teeqo unsure about his comeback to content creation

Teeqo hasn’t been active on social media ever since FaZe suspended him. Naturally, the incident has taken a toll on his mental health, and life’s been really harsh for him.

The likes of Keemstar and Coffeezilla have supported Teeqo after checking his wallet. In fact, he even lost $30k for holding his money, and not selling the savethekids.io currency.

The photo is a picture of his wallet, feel free to check it yourself. He probably lost ~$30K holding on for the kids…
dude is legitimately a victim in all of this. https://t.co/A0VA9pBixz

In a recent tweet, Teeqo finally addressed the fans, and talked about his current situation. The content creator claimed that he’ll be gone for some time, and will also be uploading a video next week to talk more on the matter.

Teeqo has been one of the most popular members of FaZe plan for the past few years. He has millions of fans around the world, who are also shocked to witness his involvement in the ‘pump and dump‘ crypto scam.d

As per reports, Kay, Jarvis, Nikan, and Teeqo were paid to promote the savethekids.io cryptocurrency. Moreover, the content creators themselves invested heavily in the cryptocurrency, leading to a sudden increase in its value.

Teeqo seems like the only person who actually wanted to save the kids with this initiative. This explains why he did not sell any shares despite losing his own money. 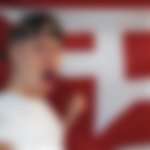 Hence, fans of FaZe and Teeqo now want the clan to remove the temporary suspension on Teeqo. This might be the only way to cheer up the creator, who is currently going through a rough patch.

WATCH THIS STORY: Most Controversial Twitch or YouTube Streamers Ever