IPL 2017 will come to an end when Mumbai Indians face Rising Pune Supergiants in the final on Sunday. There were plenty of memorable moments from the finals of the IPL that will be never forgotten in the history of Cricket. Here are the top five moments from the past 9 IPL finals. Taking on the defending champions in the final is always a big task and KKR was facing the defending champions CSK in the final of IPL 2012. Seeing the firepower in the batting lineup of CSK, KKR decided to drop the McCullum to take Brett Lee in the team. Manvinder Bisla was taken in the team in place of McCullum but the decision of taking Lee in the team backfired as he couldn’t take a single wicket and went for massive 42 runs. CSK managed to score 190 runs.
Chasing 190 runs against the two of the best T20 bowlers, Ashwin and Bravo wasn’t an easy task when you lose your top batsman (Gautam Gambhir) in the first over but Manvinder Bisla was in a different mood. He scored 89 runs off 48 balls with eight 4s and five 6s. He was given Man of the Match for that inning. 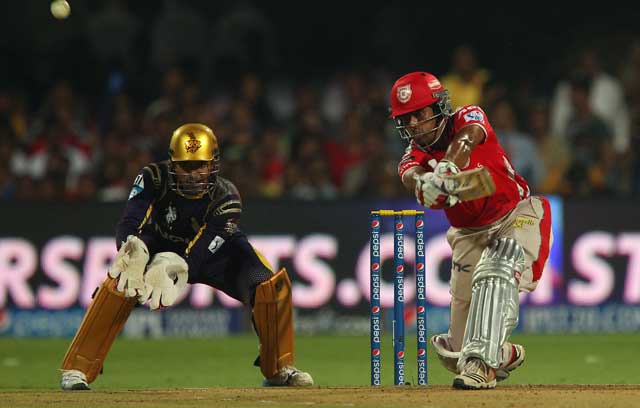 It was an unexpected match when KXIP met KKR in the final of IPL 2014. After taking the wicket of Sehwag and Bailey in the powerplay KKR bowled well. KXIP’s scoreline was 58-2 after 10 overs but it was Saha’s masterclass which turned this game around. Well, Manan Vohra played his role too by scoring 67 runs but Saha became the first batsman to score a century in the final of IPL. Former Kolkata Knight Riders player Saha punished his ex-team when it mattered the most. He scored 115 runs off just 55 balls with ten 4s and eight 6s. Sadly it wasn’t enough to stop KKR as they won the match with the help of Manish Pandey’s 94 runs.

IPL 2011 was the year of Chris Gayle as he smashed every team. He was the only reason RCB went to final that year. RCB was getting too much dependent on Gayle. In final, RCB was facing CSK at Chennai. CSK won the toss and decided to bat first. The decision of batting first was right as they scored massive 205 runs but when there is in-form Chris Gayle in the team, even 205 looks a small target. The major task for CSK was to stop Gayle. MS Dhoni’s decision to give the first over to R Ashwin paid off as on the fourth ball of the over, Gayle got out. At this moment RCB realised it was all over because without Gayle, RCB did not have enough firepower to chase 205 runs. CSK won that final by 58 runs.

The first season of IPL, Rajasthan Royals were facing Chennai Super Kings in the final. The inaugural season of IPL was a massive success and the crowd support for every team was so huge that every team wanted to win the title. In final, it was Yusuf Pathan who ruled the match in both innings. His bowling figure was 3-22 that managed to stop CSK at 163 runs. Chasing this target, Rajasthan did not have a good start as they lost 3 wickets for 42 runs. It was Yusuf Pathan who scored a magnificent half-century to help his team claim the trophy of first IPL season. He scored 56 runs off 39 balls. RCB is a team where you are not sure which RCB you will get. They sometimes play very well and sometimes very bad. Like this year they played way below average and last year they played very well but whenever they play well and reach the final, they just cannot manage to win. Anil Kumble tried his best to get the title for his team in 2009. He took four wickets and conceded only 16 runs bowling four overs and with help of Kumble, RCB stopped Deccan Chargers at 143 runs. At this moment RCB hoped that they will win this but they managed to score only 137 runs and agonisingly lost the match by just six runs.