The importance of leaders on a team is important for the franchise. Thus, Kyrie Irving is that to the Brooklyn Nets. Even though Kevin Durant and James Harden perform well on the basketball court, the significant influence of Irving on the court is important.

Thus, former NBA player Isaiah Thomas was right to point out that. Without Irving, the Nets are not winning an NBA title. Moreover, KD approves the ‘fact’ that he thinks the same too.

In a recent Instagram post by Isaiah Thomas, the former Pistons bad boy spoke about the Brooklyn Nets not winning the title without Kyrie.

“The Brooklyn Nets with the team constructed the way it currently is, cannot, and will not, win the championship if he is not there. Period.”

He is right in every sense of the word. Having a player with the ability to knock down shots at any instant is invaluable. Kyrie is that sort of player. After the post went online, Durant gave his approval by stating it was a ‘Fact’. Having a fantastic roster with ample depth and skill set, the Nets are predicted to win the championship this season. 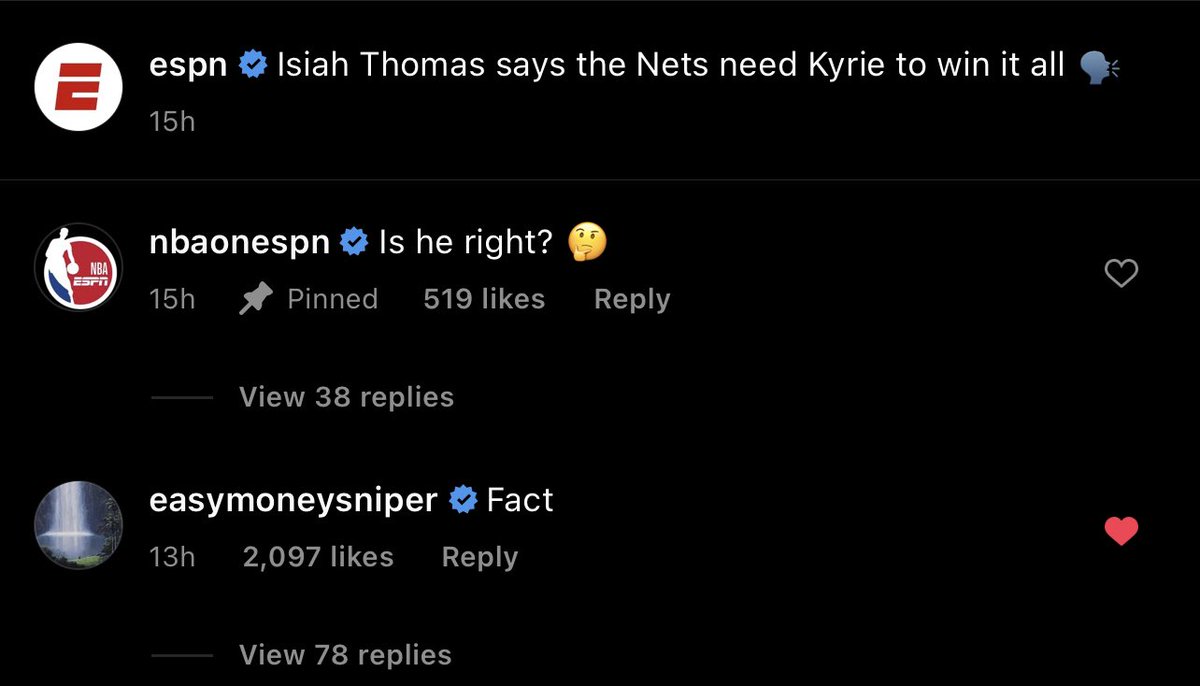 However, Kyrie remains a key factor for that to happen.

Is Kyrie that important?

Being an NBA champion helps in the locker room to provide leadership to budding young players. The importance of squad depth is well documented as the Nets have a stunning roster with the likes of Griffin and Aldridge. But Kyrie provides much more than that.

In terms of skill set, he scored 26.9 points in the regular season and joined the 50/40/90 club for efficiency (56.1/40.2,92.2). That’s the difference he makes. His ability to shoot off the dribble is an important facet of his game, and he does it with ease. Harden’s influence on the team has kicked onto another level with him focusing more on his playmaking.

Durant is hands down the best player on the team. But, Irving’s deep three-pointer on Curry during the 2016 NBA finals proved why he is important. Isaiah Thomas is right. Kyrie is indeed an important piece of the puzzle!

WATCH THIS STORY- LeBron James, Russell Westbrook & Other NBA Stars Who Made an Appearance at Anthony Davis Wedding