The Jeff Hamilton jackets are some of the most famous NBA jackets of all time. Being NBA fans, most people would have come across his jackets because of the boldness and flashiness it creates. A certain sense of aura comes to the forefront when NBA players wore those jackets.

The same thing happened when the legendary LeBron James wore it in high school. Significantly, he donned the aforementioned person’s jacket while wearing a Kobe Bryant jersey and a Lakers hat.

Back in 2002, when James raised eyebrows in high school, his performances earned him incredible media coverage. The performances showcased on the court made him a superstar, as fans could not get enough of the superstar. Thus, this led to an iconic photograph being taken as he wore the famous Jeff Hamilton jacket covered with the NBA team logos. With that jacket, he wore the Kobe Bryant jersey as well.

LeBron loves Kobe and is a huge fan of the NBA player. Thus, he wore his iconic number 8 jersey while putting on a Lakers cap too. The small forward currently plays for the Los Angeles Lakers as his love for the franchise stretched all the way back to 2002. Most of the players come to the famous franchise so that they could play on Kobe’s home court.

A fashionista himself, James pulled it off remarkably well. 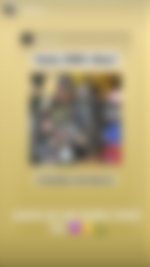 The famous Jeff Hamilton jackets are pretty famous all over the world. Kobe Bryant himself has worn this jacket as did Michael Jordan.

The jackets consisted of NBA logos with the city backgrounds imprinted impeccably well. Many players from the 80s to the 2000s wore the jacket for the style and comfort it provided. Not only did those jackets contain NBA logos, pop culture got imprinted into it as well. Madonna, Nelson Mandela, and Muhammad Ali are some of the famous personalities to got incorporated onto the jacket. It then became an iconic clothing brand as players could not get enough of it.

With jackets in place, the company is focusing on sneakers right now as they collaborated with Chinatown Market and Converse. Some sneakers are right up there with the best as fans want a piece of them.

Thus, James’ love for the Lakers franchise started back in 2002. His quest for a 5th NBA title goes on as the signing of key players like Russell Westbrook and Carmelo Anthony would boost those chances.