Lately, Jayson Tatum is reminiscing his rookie days. It’s not been long since he started playing for the Boston Celtics. After being drafted in 2017 by the Celtics, he is now a strong power forward for the team. On remembering his favorite rookie moments, he shares a hilarious incident with Trail Blazer’s star Carmelo Anthony.

In his NBA debut against Cavaliers, Jayson Tatum set his presence when he recorded a double-double with 14 points and10 rebounds. Celtics proceeded to lose the match by a 102-99. He stole the attention of many and was named as the ‘Eastern Conference’s Rookie of the Month’ for December 2017.

With the end of the 2017 playoff run, he was named the only rookie in playoff history to record 10 games of 20 or more points scored during his first playoff run. He made his place alongside Kareem Abdul Jabbar in NBA history. Tatum added to his skills and his game and tread faster in his years in the NBA. He was part of the ‘NBA All-Rookie First Team’ of 2018 as well.

It seems like he might as well have a lot to reminisce about his years of being a rookie!

What was Jayson Tatum’s rookie moment?

Recently, Jayson nostalgically talked about playing against those he looked up to before coming in NBA. Trail Blazer’s Carmelo Anthony is one of those greats. He tried to become like him while growing up and copy his style of playing. Carmelo is a strong power forward for the team and his playing style has its own technicalities. 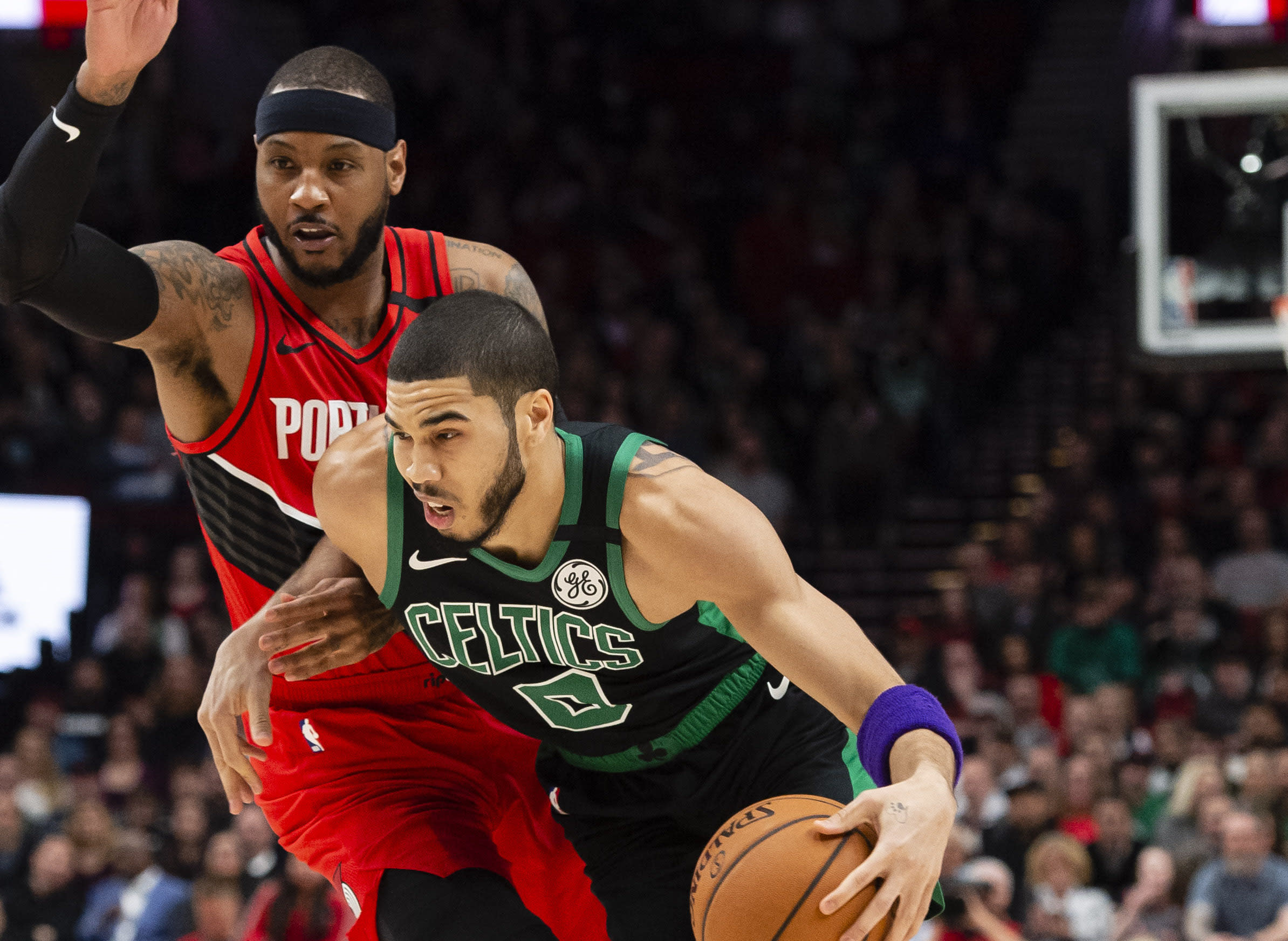 “Rookie Year first game at OKC… Melo and PG… Two guys, I tried to be like growing up.. Free throw line Melo said wassup to me lol I was geeked.” – Jayson Tatum on his favorite rookie moment

It was truly a fan moment for Tatum and it couldn’t have been more intriguing honestly! Your role model is right in front of you and nobody would expect that. It’s hilarious how he mentioned it though. But definitely their dynamics are quite different now. The duo has a respectable space between them.

There is a reason to remember this incident for a lifetime and cherish it as a fan more than a player.

“Stand On What You Believe In”: Former NBA Champion Urges Athletes to Stand Up and Voice Support for the Ongoing Protests