It was an eye-opening game against Toronto Raptors for the presumably season favorites, Los Angeles Lakers. The Canadian team made it to victory in their first game in the Orlando Bubble with a dignified margin of 107-92.  Moreover, Lakers bigs, LeBron James and Anthony Davis brought out a disappointing performance against the defending champions.

It was quite a ruthless night for Kyle Lowry who bagged 33 points with sheer talent. His threes from the perimeter, flawless drive-ins, and some defense on the other side made him the best player on the floor shared by three All-Stars as opponents.

The match started with a 13-0 lead for the Raptors where Lakers just didn’t make an inch further. LeBron and Davis, known to be the most impressive duo in the league, managed only 3 points in the first quarter that made their lowest first-quarter score in this season. And by halftime, they both were once again left out from even touching the double-digit against the Raptors terrific defense. 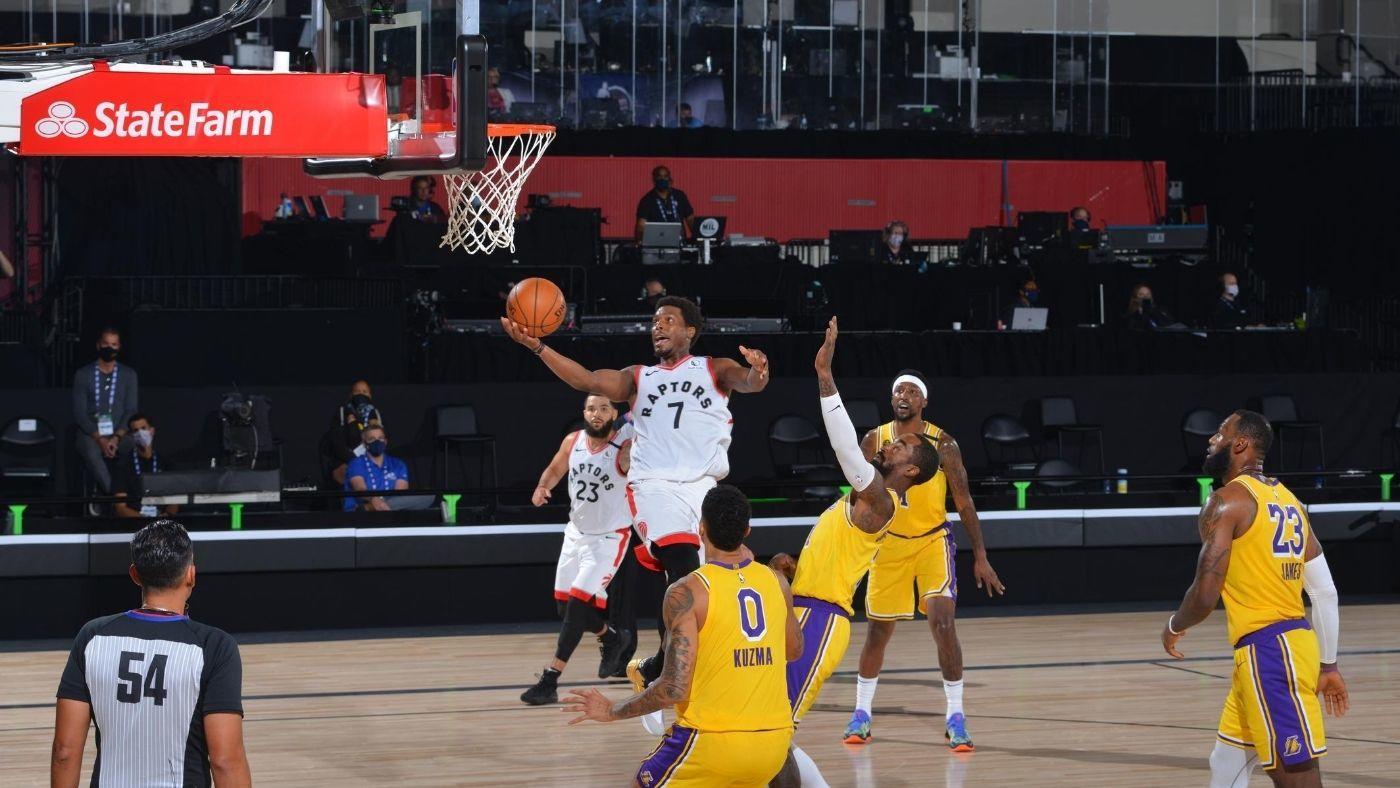 Toronto displayed some class on that court against the huge built Lakers roster. Lowry was putting in buckets through Davis flawlessly like it was just another one of those.

Raptors restricted the big duo on a big night

On the other hand, the King struggled to break the strong defense from Pascal Siakam and others who went on to double up on him at many instances. And yes, it worked. It was only towards the end of the third quarter that LeBron started putting up some numbers. He ended with an embarrassing 20 points by the end of the game.

Halfway through the match, the bench was looking stronger than the Lakers’ main five. Kyle Kuzma and Alex Caruso showed some pressure performance to cover up the absence of form by the big men.

As it turns out, it was the worst shooting game for the Lakers this season as they stand at the top of the Western Conference standings. Raptors surely made a statement offensively and defensively out there. They managed to restrict the Lakers once again this season after the last time they did the same at 113-104.

Despite their tremendous season, will the LeBron-led Lakers end up suffering in the upcoming playoffs?