It’s the third match since season restart for the Lakers, and we can already see that Anthony Davis is back. Davis had a disappointing start in Orlando, but looks like he took a harsh challenge on himself against the Utah Jazz tonight. Davis’ partner in crime, LeBron James, is really impressed with him and it clearly shows.

Match against Raptors was a weak offensive night for Lakers

The last game against Raptors was an embarrassing loss for the season favorites. Their poor performance on the offensive and defensive end bore them a loss the other day. Davis was without a point till the end of the first quarter, and it was the worst shooting night for the team on the whole. 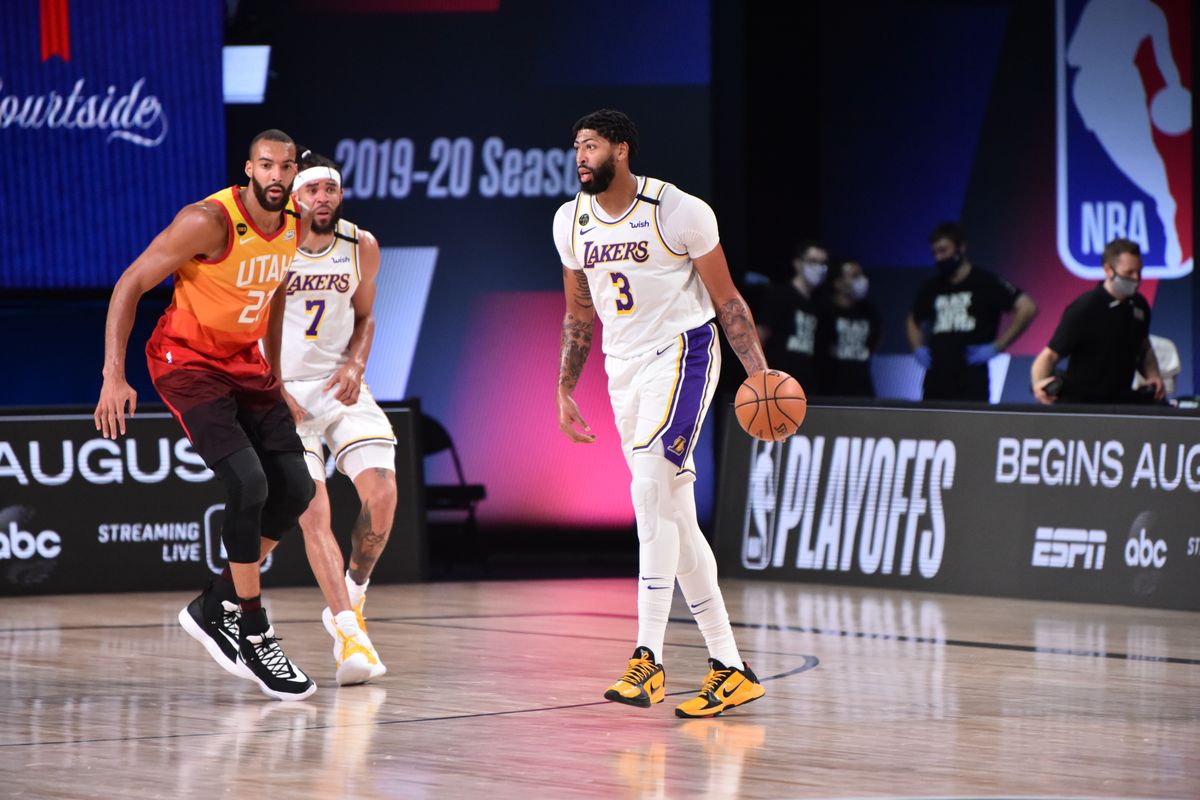 While AD was dropping a mere 2/7 that night, Kyle Lowry bagged 33 points and some hearts out there as well. But this time, Davis was on a mission to get on track when he was up against the defensive Jazz team. He recorded 42 points, 4 assists, and 12 rebounds by the end of it and led the Lakers to a respectable win.

AD was on fire tonight, and that was pretty evident with the kind of comebacks he made. Alongside his insane game, LeBron James also put in 22 points to complete the effort.

The duo has impressed viewers this season with raging numbers and gameplays. It’s surely been a treat to watch them.

Utah’s shutdown through Davis’ hands was an impressive sight for LeBron. He didn’t hold himself back on Instagram and put up a story with a caption that read, “THAT MY DOG AND BY THE WAY HE TOO GOOD!!”

There were things said about the bench making a bigger impact in the game for Lakers than the best five. Well, Davis has evened out all those negativities in a single match.

Lakers fans surely hope to witness the same momentum from their power duo. They have already secured the first seed and the team will be eagerly waiting for the playoffs to begin.

Los Angeles Lakers have their next match scheduled against the Oklahoma City Thunder on 6th August.